Do you ever stop and ponder the cast of characters on that long ago night when our King was born?  It is quite a hodge-podge --all walks of life--all social standings--all ages--a unique representation from the world of that day. 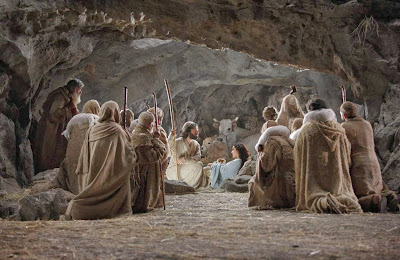 A "Blue Collar" carpenter and his young bride to be traveled via donkey to be put on the census--a thinly disguised excuse to make sure everyone was on the tax roll.  They arrive in the small town of Bethlehem late---since they were slowed by the mother to be--perhaps they even hesitated leaving since she was so near her due date.  Due to their late arrival and the  mass of people congregating to be counted--lest the Roman rulers notice their willful disobedience--there was no place to stay. 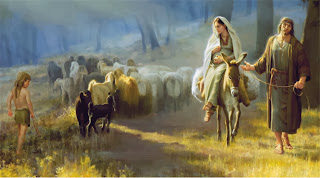 Knocking on door after door---they finally find an inn-keeper "Business Man" who takes pity or perhaps to just get rid of them--offers them a barn---the building where his animals were housed.  Desperate times call for desperate actions--the barn would have to do.  When you have a wife who is experiencing the pain of childbirth--you best find a place to lite. 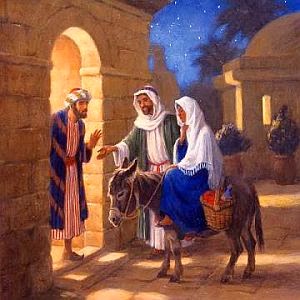 A baby is born while the animals looked on.  Was there only young Mary and Carpenter Joseph to greet their new born son?  The scriptures do not give us specifics, so that must not matter. 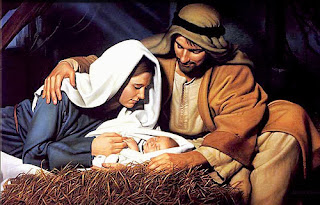 Angels overcome with joy--sang in the deep night sky with a bright star nearby.  Most were asleep, but the shepherds "Farmers" who were charged with protecting the sheep from the predators who liked to attack in the night heard the heavenly choir. Shepherds were all ages--from very young boys to old men, but they all were invited.   They followed the instructions and arrived to find a small baby and his parents in a lowly barn. 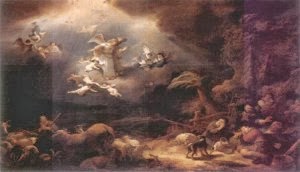 Then from afar--led by a star---came three wise men "Royalty" bearing gifts to bring to the new king--a small baby boy.  Who would imagine such great and wise men as these would appear to see the small baby king disguised as the lowly son of a carpenter? 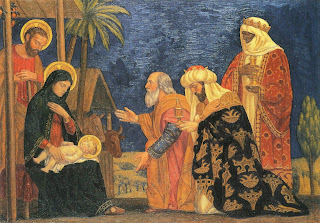 A strange and diverse group who all witnessed and told the story--all in God's perfect plan.  Surely there were others who knew of that day---but God chose these to eternally live in His Word.  Rich and poor---young and old--laborers and privileged---all fell and worshiped and then spread the word of the arrival of the Messiah as foretold long before.

Email ThisBlogThis!Share to TwitterShare to FacebookShare to Pinterest
Labels: Christmas