The pooper snoopers are giving it a rest this week---THANKFULLY!

We have bigger fish to fry here in the hood this week.  It TRULY has been Halloween around here the entire week! 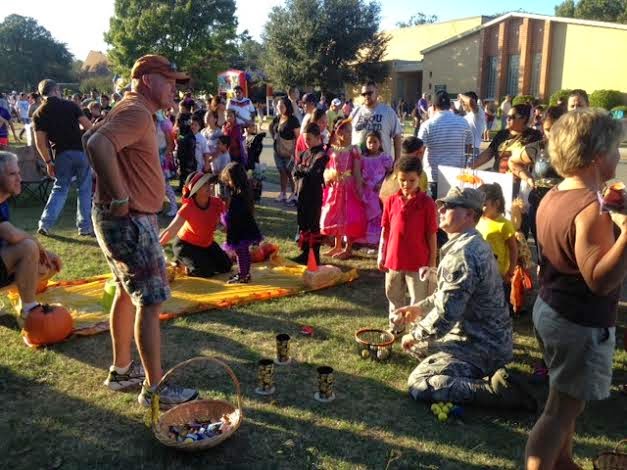 My old small group allowed me to help with the Fall Festival this past Sunday at one of the schools our church adopts and where I mentor/tutor.  The man on the left is our fearless leader,Richard.  We tossed beanbags, hoops, and balls for what seemed like forever after bending over to retrieve them over and over.  LOTS of kids--all in costume and LOADS of fun! 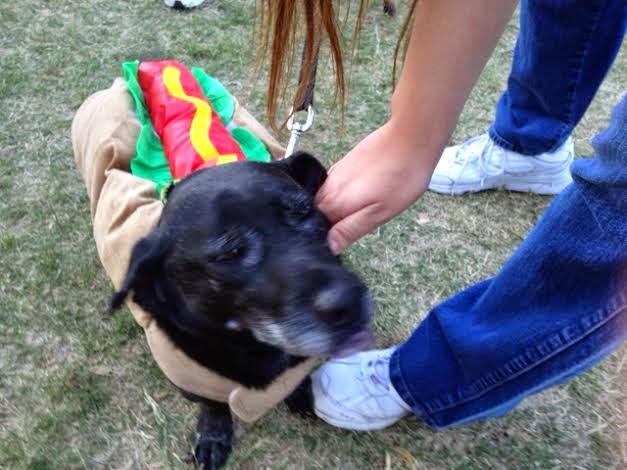 I asked this "Hot Dog" if he had been over to my hood and could he prove it was not his poop that was left behind. 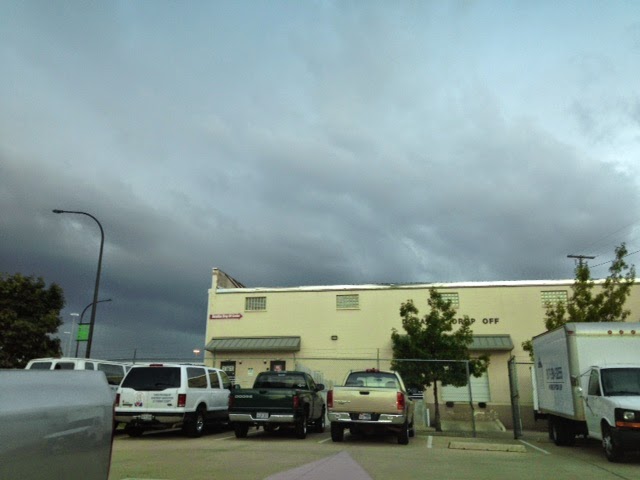 While tutoring at the mission Thursday, I began to notice craziness in the air when the kids were bouncing off the wall, there was an ambulance at the door when I left, and being greeted by these clouds boiling and rumbling as I walked to my car.  Shades of "Ghost Busters" brewing! 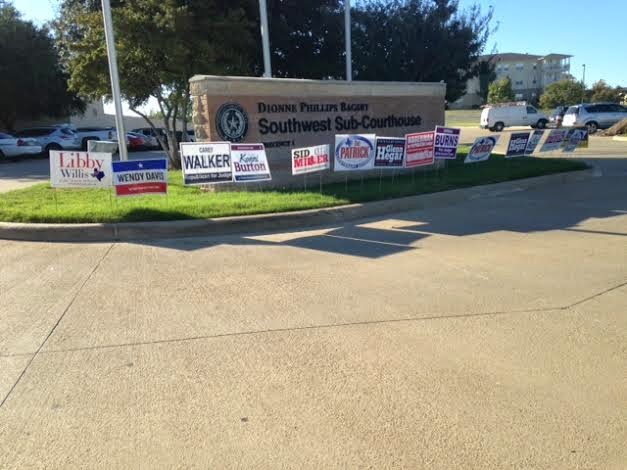 After pumping a little iron the DAY of Halloween, I voted on my way back to the hood.  They do things differently over here in the GREAT STATE.  They have what they call "Early Voting" and I participated on the LAST day.  In Louisiana we may have shady politicians-BUT we are scrupulous about our polling site rules!  NO political advertising around the polling site.

Imagine my shock when I am greeted by hundreds of political signs ringing the polling site!   I asked the election commissioner and he informed me they have the same rule--nothing within 100 feet--someone must be blind and deaf if they missed the three ring circus outside those doors.

Not only that--but a candidate was standing just outside of the doors pressing flesh.  There were tents set up and Halloween candy passed out, and this guy promised to be my new best friend forever! 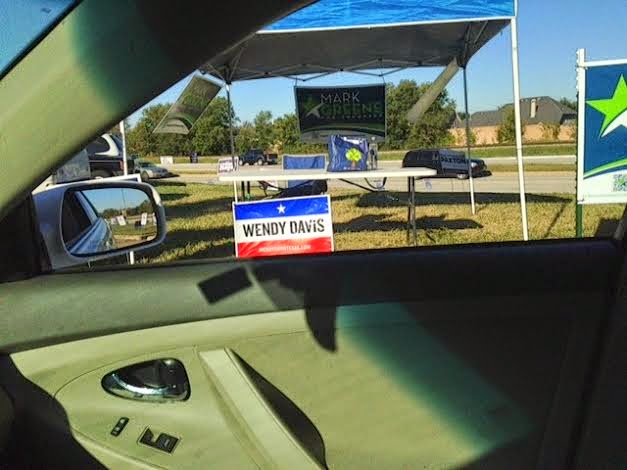 He would not even give me the time of day as I passed him on my way out.  OH WELL---seems our states are similar.  BUT I have the license, I have the boots---PASS ME MY HAT---I am an OFFICIAL CITIZEN OF THE GREAT STATE after casting 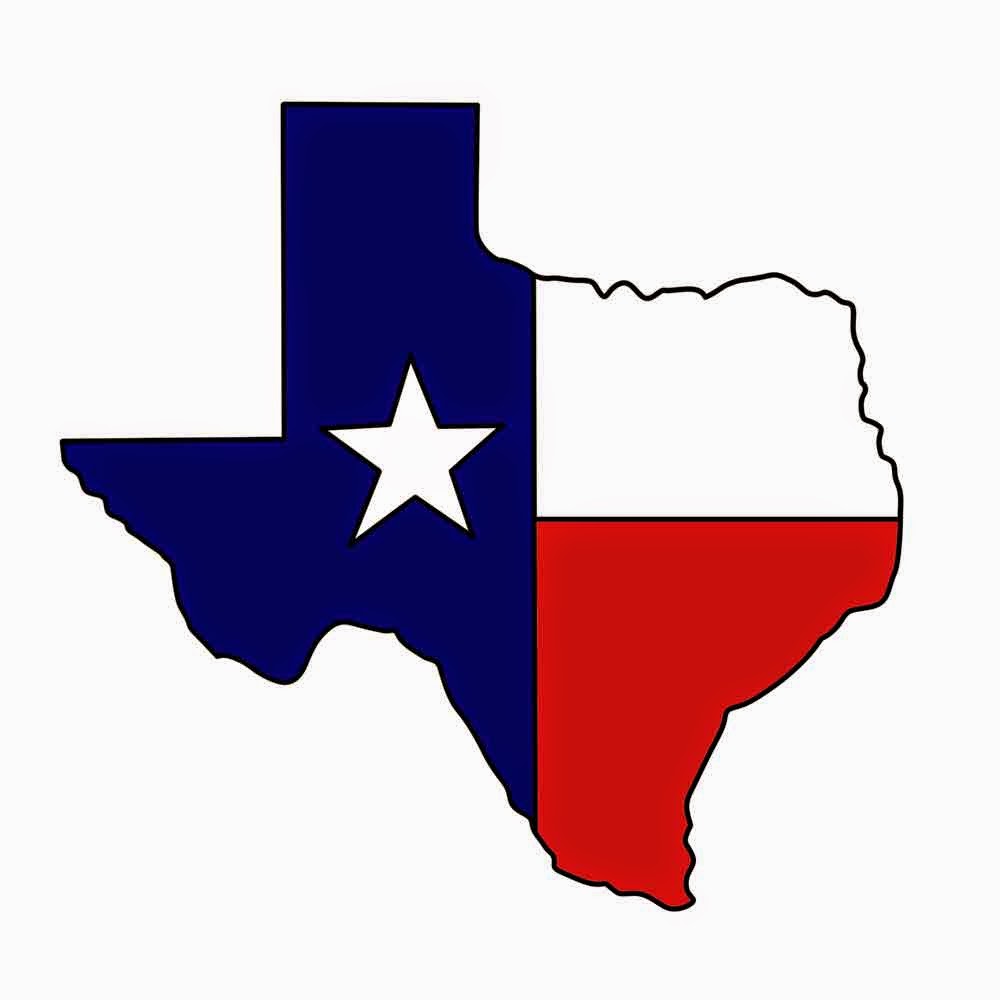 my ballot in the Lone Star State!

Halloween week was capped off with pizza with this group here at the bungalow, 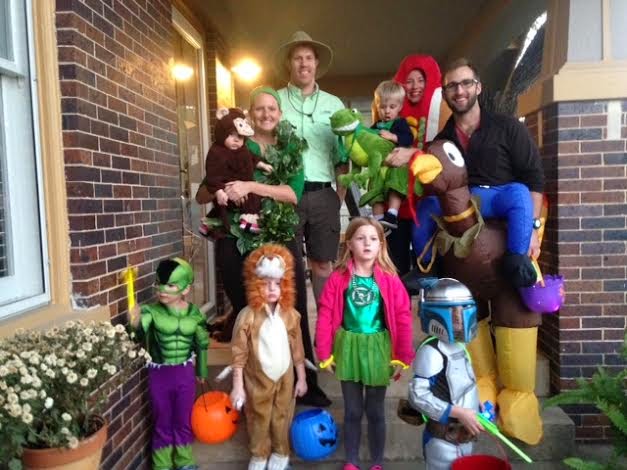 and my favorite characters Trick or Treating in the Hood 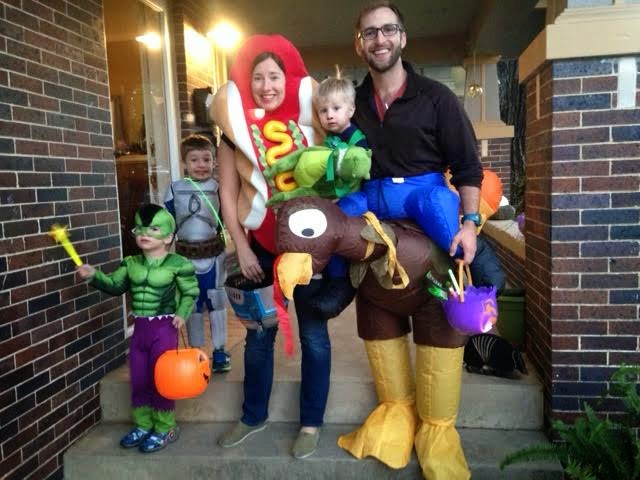 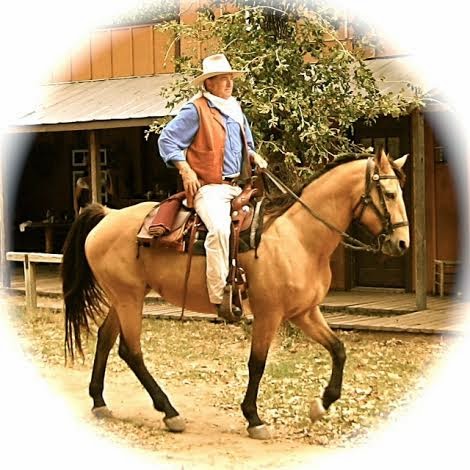 EAT YOUR HEART OUT, GIRLS!

And that's all the news here in The Hood, where all the women are strong, all the men are good looking and the children above average.
Posted by lulu at 6:00 AM