PAST AND PRESENT HEROES

While searching for a picture of my daddy in his uniform, I stumbled across this-- 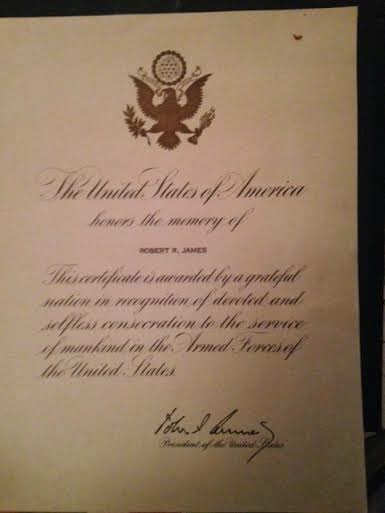 It is a certificate honoring Daddy following our loss of him for his service to his country during World War II.  Daddy died the February before JFK died in November---so this certificate is signed by

I wrote the post below in 2008--I have no better words today to honor all the men and women who have and currently serve to ensure our freedom.

THANK YOU FOR OUR FREEDOM

While running in the Marine Corp Marathon, we ran through the National Memorials. It was unbelievably impressive! We also took the night tour through the Memorials and it was chilling. 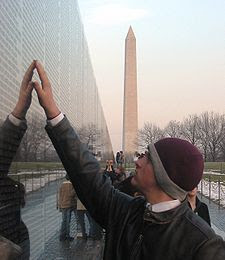 Today is Veteran's Day. My earliest memory of Veteran's Day was selling Poppy's as a Girl Scout in front of the old Post Office in my hometown. Dressed in my uniform with my badge sash, I sat at a table and sold Poppy's to everyone that came by. It was an easy sale-such a small price to pay to honor all of those that had given their lives for our freedom.
My Daddy served in the Army during World War II in the European theater as a Master Sargent. He never spoke of the War in my presence. There were medals and battle ribbons in his top drawer of the dresser and an Army issue revolver in the drawer. Tokens of a time that he probably would have preferred to forget. Away from home and family for years, the toll on him and our country were great. All for the sake of our freedom. I am glad we speak English and not German today.

My Uncle Bruce served in the Korean Conflict while serving in the Air Force. He never spoke of that time in my presence. He came home and had a family with the bride he married before being shipped overseas. He worked for Eastman all of his career in the lab, even creating new patents for the company. He served our country with no complaint and served it well. I am glad we speak English and not some Asian dialect today.

My peers served in the Vietnam War. An unpopular war with no notoriety for serving. Most of the young men that I know that went to Vietnam do not speak of it. It was a difficult time for our country and those that were called to serve. One I went to school with had his picture in "Life" magazine, but he did not come home. I am glad we speak English and not another language today.

The young men of my children's age have been called upon, yet again. We are fighting a war against those that wish our way of life to be destroyed. There are those that hate America and would like to take over our world or at a minimum cause death, destruction, and fear to rule the day on our streets. The ones that serve-serve well and make us proud of our next generation of heroes. I am glad we still speak English and hope we always will.

Thank you to each generation of Service men and women. Thank you for serving while facing great danger and even death. Thank you for ensuring the freedom I have each and everyday. Thank you for your personal sacrifices and giving parts of your life so that we might all sleep well at night. Thank you to all of The Heroes we honor today-Veteran's Day.