Christmas does not bring "Peace On Earth and Goodwill To Men" here in the hood.  The emails are flying after graffiti appeared on the brand new sound wall between the Toll Road & Interstate and The Hood.  OH the neighbors are not happy and threats are flying.  The usual live and let live has flown out the window and the militant militia has replaced the neighborly neighbors.

WARNING--DO NOT LET THEM CATCH YOU WITH SPRAY PAINT IN YOUR CAR HERE IN THE HOOD! 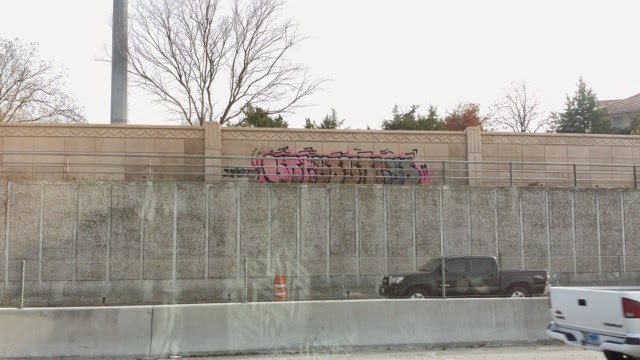 Then there is the unstable light post discovered while decorating for The Season of Goodwill.  Another barrage of  emails with the mayor/councilwoman/city works department copied on them and the poor newly install President of the Hood trying to smooth over any hurt feelings.  WELCOME TO YOUR NEW JOB, MR. PRESIDENT! 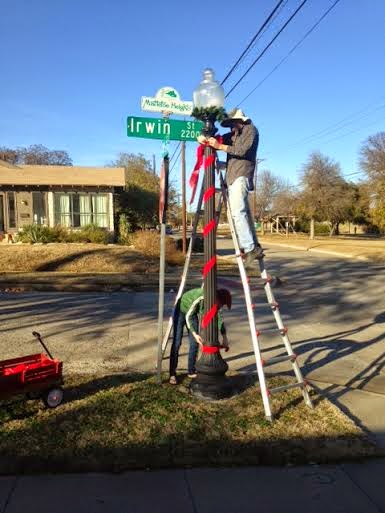 Finally the last group of emails concerned the upswing of robberies in The Hood during this season of good cheer.  Some suggested hiring a private security guard to patrol the neighborhood.  This set into motion another  entire  set of emails concerning gun controls and right to bear arms.  Peace on Earth--here in The Hood! 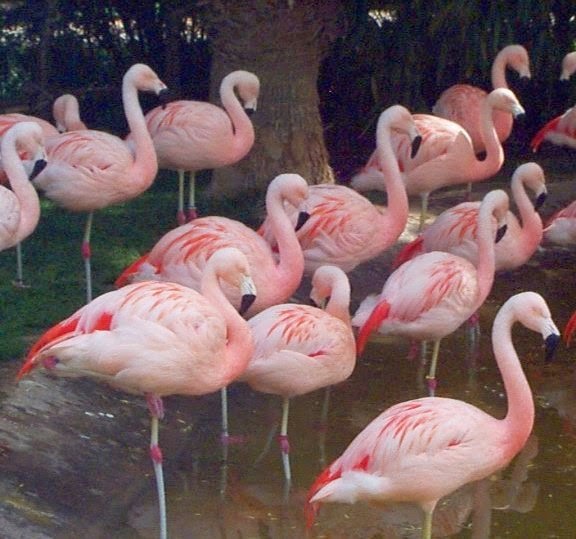 The decorations of the season are appearing all around town.  This flock of flamingos from the zoo seem to have ended up in this yard in the neighborhood adjacent to the Hood--the rich side of the street- 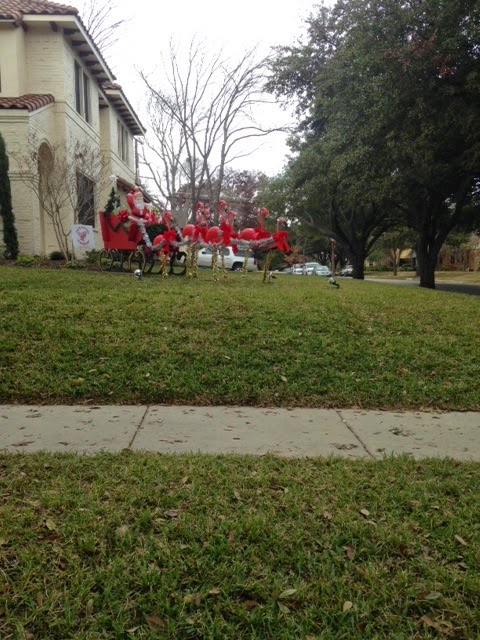 With the rash of burglaries and the rush to bear arms--this fellow best be careful how he enters the dwelling! 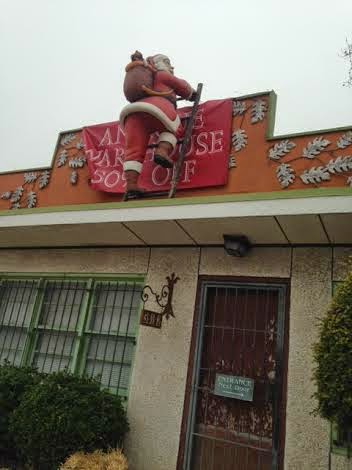 No more time for posting tonight.  There is a man in my bed---a little man--what were you thinking!!!  It is sort of like sleeping with an alligator! 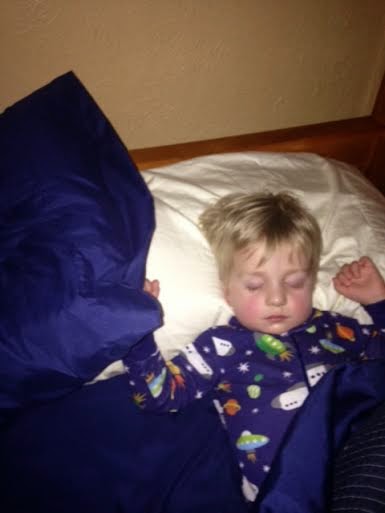 It truly is a silent night here---and I wish you all Joy & Peace during this Advent Season.
Posted by lulu at 6:00 AM