I am back up and running after the sad demise of "Old Betsy" the laptop.  She took a bad fall and left for her reward in cyberspace after many long hours of service.  May she rest in peace!  She has been replaced, as we all are replaceable--by faster and lighter--but with a learning curve attached.  NOT how I intended to spend my tax refund!

#1 Daughter left the Little Man and his oldest brother with me today while she and the "Tiny Screamer" and the "Sweet Middle Child" went for a play date.  No problem UNTIL, The Little Man decided he needed a poop break. Any time he disappears and all grows quiet-there is something stinky going on!  WHAT--I am out of diapers--COMPLETELY- TOTALLY out of diapers!  Now you might wonder why I didn't let things chill (so to speak)--until his mother came back.  WELL obviously you have never smelled the poop of a two year old---or there would be no question in your mind as to the urgency of a change! 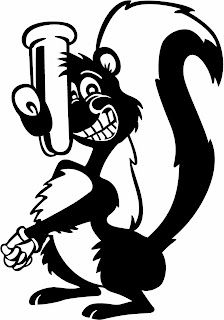 SO--we load up and head to the near-by Walgreen's, with the promise of a toy for the oldest, if he will just cooperate and get in the car with no fuss.  As we walk in the door of the local drugs plus, I am holding the hand of the Little Man, but there seems to be a cloud of stink hanging around as we slowly saunter in the building.  To prevent further spread of the contamination and smell, I gingerly lift him into the buggy  AH--there is nothing quite like the mixture of medicinal and poop smell co-mingled!  Off we go to the diaper aisle--mission accomplished---EXCEPT  THE OLDER BROTHER--has NOT forgotten my promise of a toy and he needs to look at each and every toy in the store before making a decision.

By this time, I have noticed anyone who makes the mistake of turning down the aisle where we are investigating the mysteries and nuances of the 2,000 choices in the toy section, quickly moves away after coming within 10 feet of our little entourage.  The smell is beginning to form a fog bank of stink which drifts across tall displays and into the far corners of retail drug land.  Big brother is undaunted and discussing the pros and cons of each possible candidate for his treat. Meanwhile I am trying to act nonchalant with no evidence of smelling a stinker anywhere near me.

THEN The Little Man decides he needs to get out of the buggy and also touch each and every toy in the store.  At this point, I have had enough of this stinking mess!  I give the firm ultimatum--"Pick now or leave empty handed!"

We approach the check out and thankfully there is no one ahead of us.  The clerk begins her usual slow process of checking and chatting--until she gets the drift of the stench.  I have NEVER had a faster check out in any retail establishment.

Thankfully we are back in the car and headed home and I spot a homeless woman sitting on the bench in the cool damp Texas air.  I know I should give her money for a meal, but the more pressing need to get home and get this taken care of sends me on my way.  I head home, and God begins to convict me.  I have to sit at the red light and see her in my rear view mirror--face down--her belongings around her--alone and homeless.

OH WELL---it could not possibly stink anymore in this car--so we make the block and I head back to give her some money for a meal.  As I hand her the money, I ask does she know where the Shelter is.  She then proceeds to tell me they are all full and she is sleeping on the street.  It is raining cats and dogs daily over here--and today the temperatures are in the 50's and she has no roof over her head.  So glad God would not leave me alone, until I went back---Jesus loves her--and so do I. 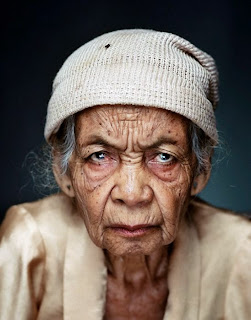 But if anyone has the world's goods and sees his brother in need, yet closes his heart against him, how does God's love abide in him? Little children, let us not love in word or talk but in deed and in truth.
I John 3:17-18