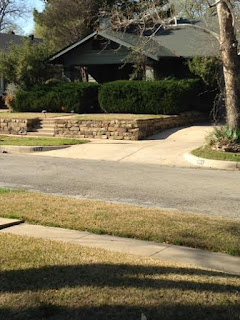 The Hiding Place across the street has gone from this 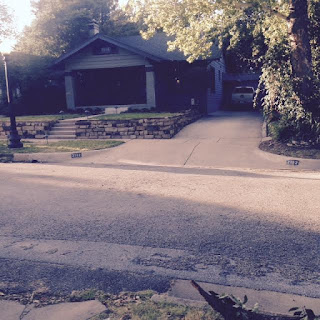 I have given my stamp of approval!

Meanwhile in a moment of lunacy, we decided it was time to ramp up the socialization of The Three Amigos.  When Dr. Daddy is working at bedtime, someone needs to step up and help get these people to stay in the bed until they go to sleep.  Everyone goes to bed at the same time--Little Lucy included--and since she requires topping off (her mother's words not mine) at bedtime---someone must keep the troops in line.  Some nights---my name is Someone.

This week it seemed a good idea to take all 4 of these child wonders out to dinner on one of my nights as Someone.  In the past--all restaurant outings have involved playground equipment included dining rooms.  Not exactly gourmet dining--but HEY---who has time to cook while chasing Wild Indians?  I have this brilliant idea we should take them to the new Jason's Deli--still not gourmet dining--but no playground--that is a couple of blocks from my house.  I must have lost my mind! 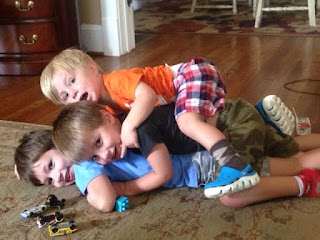 Do these people look like they will sit and eat a civilized meal while enjoying tantalizing family conversation?  EXACTLY!

I finally sweep them away--all with their chocolate milk in their hot little hands while their mom--orders something.  By this point in time--we are both thinking--just bring us food and let us get out of here.  I find a side of the restaurant with no one else sitting there--for  very obvious reasons.  You will totally loose any appetite you had if you watch these hyenas attacking their prey (I mean meal).  So IMMEDIATELY--they all 3 scarf down their chocolate milk, effectively killing any appetite they might have had for the nutritious chicken nuggets coming and opening the door for restaurant exploration.

This begins the fun---as I am trying to eat--something in front of me--still don't remember what I had to eat--the four year old decides to crawl under the table and do an inspection of the floor and anything which has been placed (stuck) under the table.  I am flipping out--their mother is trying to eat---her philosophy is if they are in eye sight and not tearing anything apart--let it go.  I am wound a little tighter!

The two little ones decide they would prefer my dinner to theirs--whatever it was--and are fighting over who gets the next bite as I begin to glaze over.  We finally ingest our dinner, I think, and move on to the next treat of ice cream.  Why else would you go to Jason's Deli--but for the ice cream.  As we saunter to the front of the deli where they have hidden the ice cream, trying our best to not acknowledge the war zone we left behind, all eyes are on us---WHY?

We then take the soft serve ice cream out to the patio---it just seemed prudent.  I am certain the staff are thinking---they are going to mess up another entire area?  It is 90 + degrees in the shade on the patio--and we have ice cream cones---let your imagination go wild.   Well--they ate the ice cream--with plenty of sticky proof left on the table--the chairs--and the floor.  They immediately wanted to return INSIDE Jason's for Round Two.  I stood in front of the door and pointed to the van---Enough Socialization for this year---we will save that fun for their future wives! 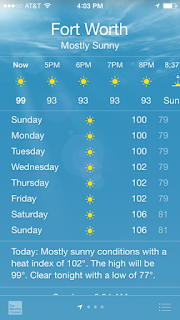 LIVING LIFE LARGE--AND HOT
HERE IN THE HOOD!
Posted by lulu at 6:00 AM