September is my least favorite month of the year.  The calendar flips over to September and we all expect Fall to be in the air.  The only thing in the air around here is heat and humidity.  August morphed into September with no change--except for the fact that we now walk the grands to school in the sauna like atmosphere.  I have grown weary of sweating and am ready for a few chill bumps--but those chill bumps are FAR IN THE FUTURE!  My friends from up North are bragging about short bursts of cool and I am praying for days with highs only in the 80's instead of the 90's.  The change of seasons is near according to the calendar, but my closet stays trapped in the shorts of sleeves and pant lengths.  September is a mere extension of the sweltering summer here in the South. 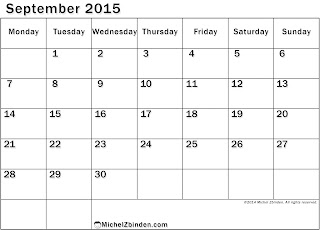 We lost the grandfather of my children in September-my father in law for most of my life----we lost my sister in law in September-the mother of my two nieces and wife of my baby brother in September---my marriage began its final death march in September - with never a chance for survival.  One September was spent working in the shelter with the Katrina survivors---listening to the stories of loss and despair and wondering how they would go on.  I have come to dread September.

September ushers in the dangerous part of hurricane season.  The summer hurricanes are usually only a warm up to the epic sized disasters which come with September and October.  The warmth of the Gulf stream is at its peak during these early fall months---perfect conditions for colossal sized storms.  The passing of August brings a false sense of security--since we all are home from the beach--but those who live there---make their lives there---know the danger which comes with the turning of the calendar.

I would surely like to pass on September--just turn the calendar page over to October and move on.  HOW SAD!  Over 8% of my life---I live in dread of--because of a few isolated incidents in my life-with seeming amnesia about the great things which happened in September.    Allowing the bad and sad to rule my outlook of what is truly just another slice of life.

TIME FOR A PERSPECTIVE CHECK!

Yes--we lost Pappaw in September--but only after 90 years of life upon this earth---most of those he was going and blowing.  In the eyes of the world he lived a long life--in good health until the last few years--and he was true to who he was until he left us.  My sister in law left us too early---but she was a wonderful mother and wife.  Proud of her girls and rightly so, an accomplished and applauded teacher, and the woman who loved and made my brother happy--we celebrated a life well lived with integrity and truth when she left us.  Perhaps my marriage ended for good reason---I have faith it was all in God's hand and He allowed it to happen for His good purpose and my best interest.  The stories of Katrina are legion-good and bad.  What we all saw--was a coming together of resources from far and wide to aid and assist those who were affected.  An epic disaster brought about an epic servant response.

SO--instead of dreading the turn of the calendar--I have turned over a new leaf---I turned that calendar page with great anticipation of God's revelation of Himself.  Knowing how He has revealed Himself in the past--with each September occurrence---I pray this September will show me more of the Great God of The Universe--as I walk through this 30 days of the final chapters of my life.

The steps of a man are established by the Lord,
when he delights in his way;
Psalm 37:23