Since moving to the big city, I occasionally loose my way--some might say I was lost--I prefer to think of it as wandering around.  I have learned the big thorough-fares through the city and  come to realize if you keep heading straight, you will sooner or later hit one.  Unlike roads built in Louisiana which follow the bayou or river, the roads over here are straight, so no going in circles.

OH, I know my I phone will give me directions, but there are times I enjoy the challenge of getting home on my own, AND there are times, Miss Smartie Pants Google Maps is WRONG!

In those long ago days when I ran the trails in our beautiful Lincoln Parish park, you could get back in the woods and become totally disoriented.  I finally learned--all trails lead to the road- 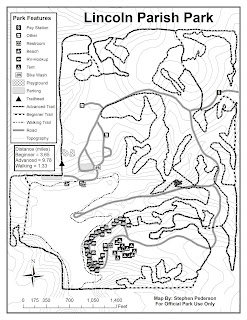 and the road always takes you home.

Long ago--there were three magi--who had the privilege of visiting The King of Kings. 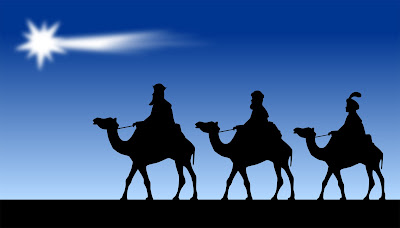 They had stopped on their way to inquire for directions from good Old King Herod.  Herod---the green eyed-insecure ruler---asked that they bring him back directions to the babe--with plans to eliminate his competition.  BUT GOD---had other plans.  He came to the Magi in a dream and told them to take another route home.  They took the long way home to avoid the one with a scheme to short-circuit God's plan.

And then, Joseph had a dream---another visit from an angel.  By the time of the second angel's visit--Joseph was no longer surprised at the mysterious stranger, and listened intently.  The angel told Joseph to get up and take Mary and the baby to Egypt until he told him it was safe to go home.  Now THAT was surely the LONG way home. 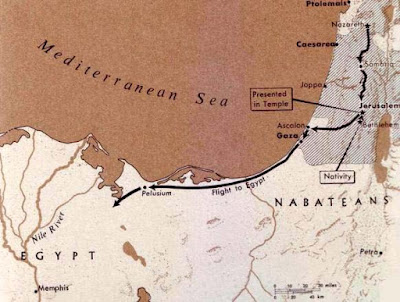 I am certain, Joseph, being a man--intended to take the fastest route home with no bathroom or eating stops along the way.  Men are genetically wired like that.  BUT GOD---had another plan--and Joseph--who by now had seen everything come to fruition the angel had foretold--listened and obeyed---even though it meant the LONG WAY HOME.

There are times in my life when I am on a mission---headed toward the goal---and God steps in and takes me in a different direction.  Perhaps the end result will be the same--but all I see at the time is I seem to be wandering off course and headed the wrong way.  Eventually I will arrive at my destination---the final destination for us all---but all I can see in the moment is I seem to be headed the long way home.

Then faith and trust comes to play---will I rely upon God to show me the way--even when it seems to be the wrong way.  Will I look to The Word and see how God has lead some the long way around--for His good purpose?  The Long Way Home---is sometimes the Best Way Home---when seen through God's eyes.  Trust the Guide & Follow His directions---even when it takes you The Long Way Home.

And having been warned in a dream not to go back to Herod, they returned to their countrey by another route.
Matthew 2:12
An angel of the Lord appeared to Joseph in a dream. "Get up," he said, "take the child and his mother and escape to Egypt."
Matthew 2:13