THOUGHTS WHILE TRAVELING-THE FOREST IS BLACK

The Europeans may reconsider including breakfast with accommodations after our trip.  The people I travel with LOVE their breakfast and can put a dent in the buffet line!  Off we go for another train ride and two bus rides which place us in a beautiful mountain range in the Black Forest.  Today's hike will be up above 4000 feet on the slopes which serve as a ski resort in the winter. 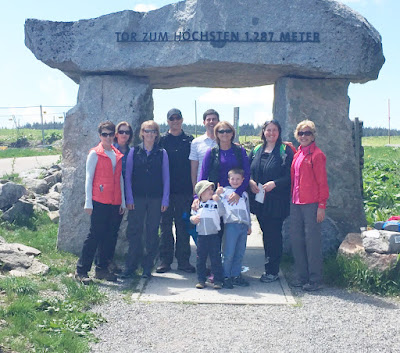 The four and seven year old boys are troopers---except the little man spends some time riding backs on the way up the mountain. 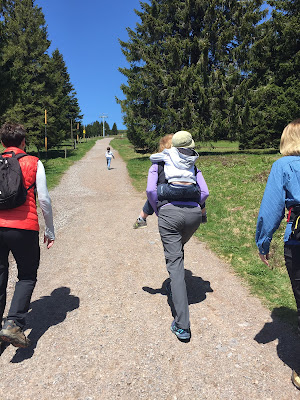 The prize you win for making the climb is a natural observatory with an incredible view.  The REAL bonus for the day---HELLO, SUNSHINE! 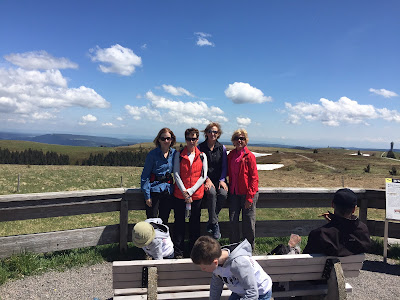 And--BLOW WIND BLOW!  A pause to take in the beauty and we are back down the mountain---by a different route. 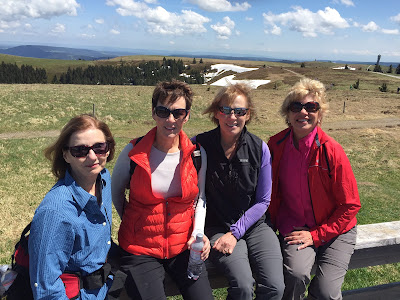 Which takes us directly by a snow field.  I might have been guilty of a throw and run! 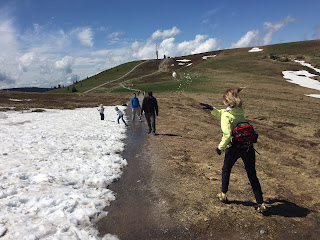 German boys--like boys everywhere---love each other fiercely---as in we get along great until someone throws a punch. 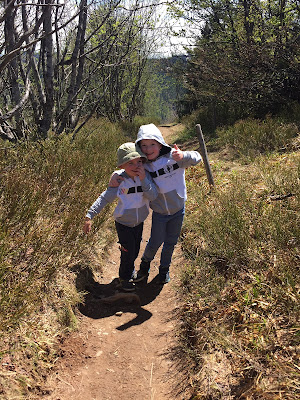 The reward for making the climb was delicious apple strudel and cream. 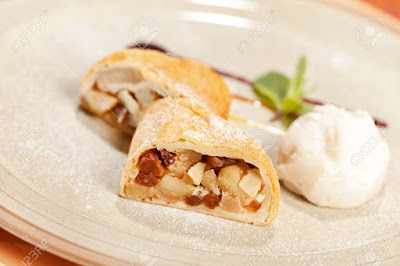 We finish the day with a delicious good bye dinner at the hotel restaurant. 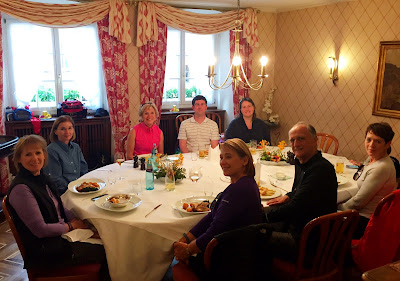 I leave you with this one unique feature of Freiburg- The Bachle---streams running from the mountains and directed to the sides of the streets throughout the city.

3 Through him all things were made; without him nothing was made that has been made.
John 1:3
Posted by lulu at 4:00 AM