What in the world could this be? 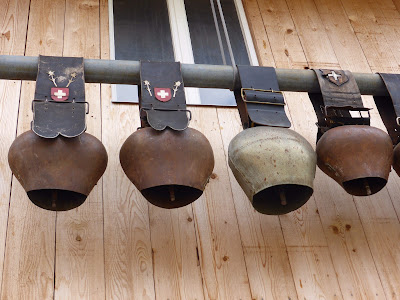 The farmers of Gimmewald have these giant cowbells made to put on the "Leader of the Pack" or Herd as may be.  Costing upwards of $1000,
these seem to be the Swiss Farmer's status symbol for how well he is doing. 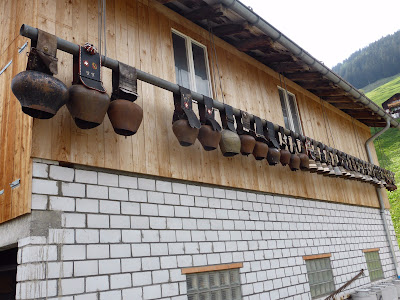 Bossy #1 is allowed the privilege of wearing the status symbol as she leads her herd up the mountain to fresh grazing.  From my reading, it seems Bossy #1 does not particularly like wearing the heavy bell--who could blame her.  Those other cows would follow her with or without the bell.  She has established her status as the one to follow and the others trace her footsteps--sometimes to their demise.  The farmer's ego is stroked when other farmers see his latest bell---the cows could care less.  They need a leader---the leader has been determined---they will follow the leader without question or wandering off the path--without exception.  This has been bred into their very DNA to follow the leader of the herd. 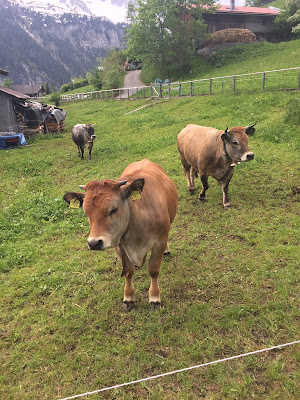 Bossy on the Right
Has the Bell 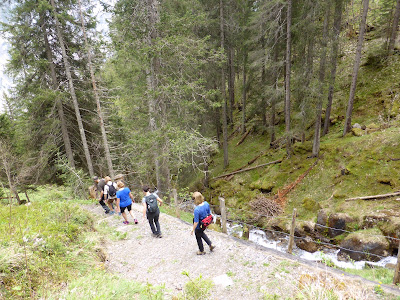 We humans tend toward running in packs or herds.  These people will often lead me down some really difficult trails---and still I follow along. 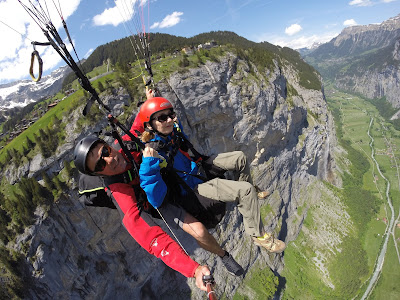 Why I even ran off the side of a mountain, following along with the crowd--who always has a leader---with all between me and sure death was a nylon table cloth.  It seemed like a good idea at the time!

As I have watched this summer of chaos develop, I wonder--who is leading and who is following?  Do we have our eyes on "The Leader" who can be trusted--who has our best interest at heart?  Are we allowing the emotion of the mob to lead us---are we willing participants in mob mentality?  Are we looking to the only One we should ever allow to lead us or are we listening to the broadcast and social media and heading for the edge of the cliff?

I am praying--we all open our eyes and hearts to the only answer and the One True Leader.

Then Jesus again spoke to them, saying, "I am the Light of the world; he who follows Me will not walk in the darkness, but will have the Light of life."
John 8:24
Posted by lulu at 4:00 AM