MEANWHILE I ESCAPED FROM THE HOOD

I made a quick get away from The Hood
And you didn't even miss me.

Met this group of friends since college.
We talked, laughed, ate,
and repeated often. 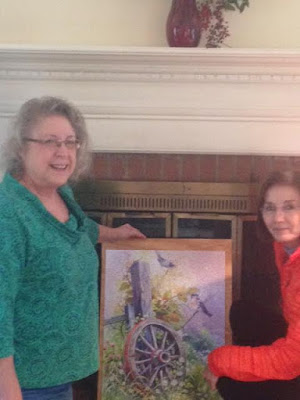 Some of us are talented enough to puzzle while doing all the above.

And then we toured an Ansel Adams Exhibit
and one of Raleigh's fabulous-FREE museums. 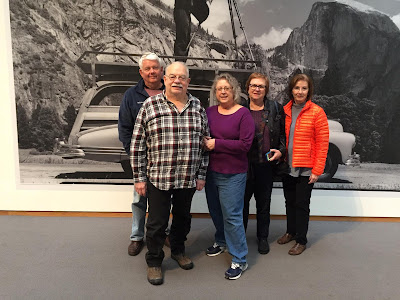 It is NEVER dull in the Hood.  Some magazine salesman had the audacity to solicit subscriptions--in a rude manner--after dark.  The jungle drums immediately began beating and our friendly and protective neighborhood policeman put a stop to his efforts.  It would seem you MUST have a permit and The Hood is designated as a "No Solicitation Zone".  Wish someone had told the
Girl Scouts BEFORE I bought 4 boxes of cookies.  I CAN'T HELP IT--I'M WEAK! 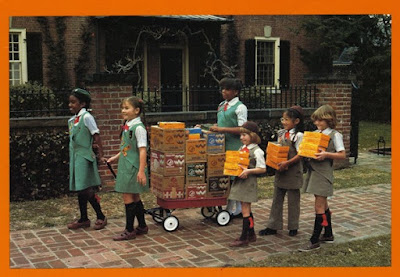 Valentine's Day was spent volunteering and this crew bringing me a beautiful handmade Valentine.  NO BETTER Valentine! 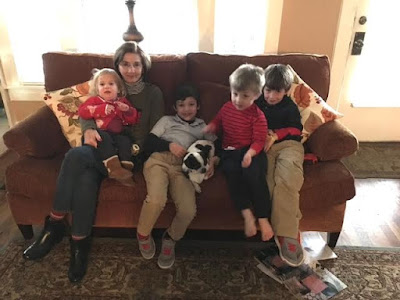 To end this week's Hood Happenings, there is a neighbor who seems to have quite the problem.  He emailed the Hood party line looking for someone to remove a critter from under his house.  All of the houses in The Hood are close to 100 years old and thus built in the fashion  of that day which is up on piers.  It seems he was having plumbing issues and the plumber crawled under the house (another lovely feature of an old house BUT the pipes don't burst in the slab).  The plumber told the home owner until he removed the large snake under his house he would not be crawling under there again.  Poor neighbor--no water--AND a big snake.  Wonder if his wife darted out the door too!  NOW in Louisiana---I would have a solution if the snake was poisonous--and if not I would run him off.  These people over here will let you strap a pistol on your hip and open carry BUT will not let you fire said gun.  MAKES PERFECT SENSE-RIGHT? 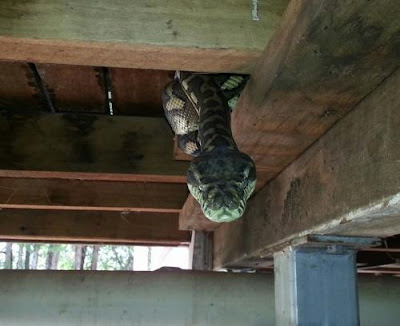 STILL LIVING LIFE LARGE
HERE IN THE HOOD
Posted by lulu at 4:00 AM