A CHANGE OF SEASONS

As I read over all the comments on yesterday's post via the blog and Facebook, it sent me running down another path.  (Side note--if you are not my Facebook friend, please ask to be as some great comments on the blog are made on the Facebook link.)  Tornadoes come with the territory when you live anywhere from the central part of the US to the deep South.  We come to expect our watches and warnings and take it all with a grain of salt.  We expect and accept it as part of life.  Tornadoes are usually indicative of a change in seasons.

There is an old saying, dating back to the 17th Century poem- 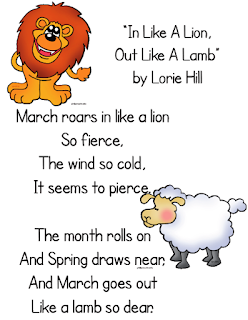 The change of seasons this year is off to quite the start with Tuesday night's storm and more forecast for the weekend.  When you have the wide temperature swings during the bridge between seasons, thunder storms and tornadoes are the norm.

Last year's announcement of Spring included the great hail storm of March, 2016.  This lead to a new roof on the bungalow. 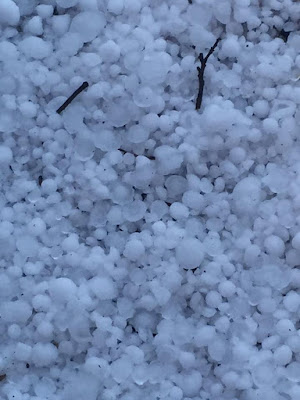 Our most volatile storms here in Texas come during the change of seasons, but are certainly not limited to those times. Winter does not slip away mildly when the temperatures begin to warm and fall does not give up its hold on the warm days of summer with good grace.  In fact, there is seldom a peaceful slip into the next season.  It is more like Mother Nature's version of Tug of War with everyone eventually covered in mud and debris! 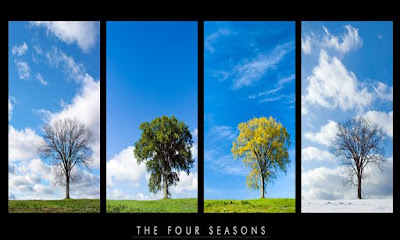 At times we see the same reluctance to change seasons in ourselves and our fellow man.  I, for one, admit I am not gracefully mellowing into a senior citizen. Instead, I am zip lining, para-sailing, snow skiing, and any other form of life threatening activity in a stark denial of my new season of life.  I am not easily sliding into my rocking chair instead still perching at the top of limbs and ladders.  With every new season of life--I have not gone easily.  Instead I have closed my eyes and plunged ahead in spite of the dangers.  Though my body may not be what it once was, my head refuses to believe the truth.  I storm around spitting and sputtering and causing quite the scene.  I sit on the cusp of life altering circumstances and refuse to acknowledge the danger.  One false move could lead to life altering circumstances and yet I deny the truth.

Yet--God---has a way to get my attention.  Though I have not admitted the season I am in, He has given me glimpses of what is to come.  I have a hip which feels like a rusty hinge and limits my activities.  My endurance mentally is still excellent, but physically I peter out before I have gotten started good many days.  Though I am roaring like a lion at this change of season, at some point, I will gracefully acquiesce like a lamb.  It's NOT the number in my age--it's the body falling apart that is the problem!

Gently like a lamb or roaring like a lion---neither will change where this is all headed.  My seasons are changing.  BE STILL and LISTEN for what the Lord has in store.  It's not over--until the fat lady sings and she may be only faintly warbling---BUT she is still on stage!  Here's to God's grand plan and its completion!

Even to your old age I am he, and to gray hairs I will carry you. I have made, and I will bear; I will carry and will save.