IT'S A SCIENTIFIC THEORY

Science was never my favorite subject, except when it involved plenty of math.  Somehow I have managed to store away a few of those theories learned all those years ago. I well remember the theory of centrifugal force.  When I looked up the correct spelling, I noticed it is an apparent force--not really a force at all.  NOW apparently the writer of that misleading statement has never ridden on the round about on the playground. 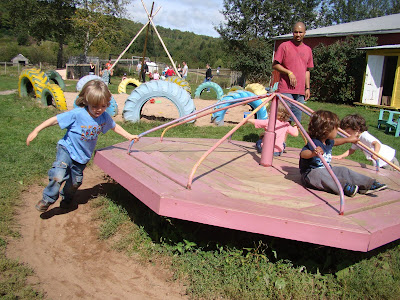 If you didn't sling someone off--you needed to at least make them so dizzy they could not walk when they finally stood.

I have discovered scientific principles of my own over the years.  There is the infamous yo-yo theory of raising children.  You get them grown --somehow in one piece---and send them out the door to start lives of their own.  Before you could turn around good---they are walking BACK THROUGH the same door with all their stuff and more.  You throw them out and they come back.  We have worn out furniture moving it in and out of our house. 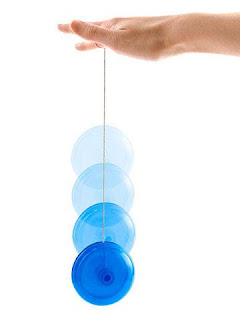 I am very familiar with the theory of inertia.  The scientific community would define this as doing nothing or remaining unchanged.  My simple definition is becoming a "Couch Potato".  At various times in my life, I have become somewhat of an expert in this practice.  Doing nothing comes quite naturally. 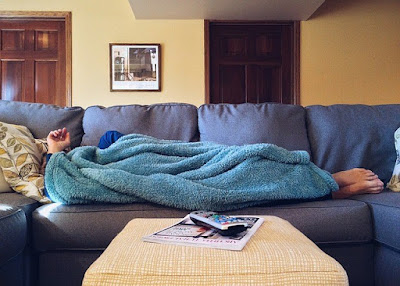 Then there is the late in life discovery of the law of implosion.  It is a direct result of the theory of inertia.  All things will collapse inward if not maintained.  My body is a great example of this.  We come into this world as soft-mushy bodies with little strength.  I seem to be on a mission to return to this original state.  Before you turn around good, you are a toothless-wrinkled babbling baby sucking down pablum. 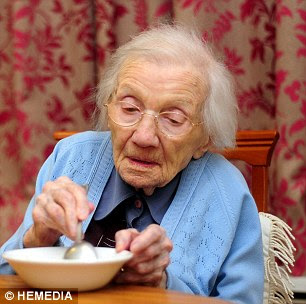 I am currently experiencing the boomerang theory.  Ruston launched me out over four years ago.  I have reached the top of the arc--and am slowly making the turn and heading back.  I am returning from whence I came. The phenomenon known as gyroscopic precession is the key to making a returning boomerang come back to its thrower.  I call it the "There's NO PLACE Like Home Theory.

In one short week--I will be making the return trip and landing exactly one block away from where I launched.  It will be good to be home!  Home on this earth---but my eternal home rests with God and it is still to come.


17 And I pray that Christ will be more and more at home in your hearts,
living within you as you trust in him.
May your roots go down deep into the soil of God’s marvelous love;
Ephesians 3:17
Posted by lulu at 7:54 AM