The blessing of home ownership comes with responsibilities.  My master gardener friend dropped by last week and noticed I had disease on some of my trees.  I spent the weekend working on only one bed which not only has diseased trees, but also plants, and even perennials.  This necessitated cutting back of badly diseased parts, and a great deal of spraying to try and save the landscaping.  Frankly the disease had spread so badly I am concerned I may loose a tree, the perennials, and a couple of shrubs.  It had been allowed to spread to the point that the damage is extensive and even amputation and treatment may not be enough to save it. 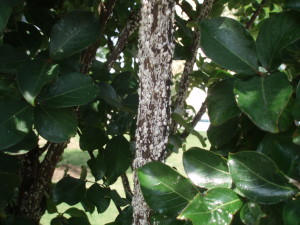 As I worked on the damage, I began to think over what had caused it.  These beds have become over grown.  The thick overgrowth has kept the sunshine from reaching the plants, and the sprinkler system has been deterred from casting the water much farther than the bed.  This has created a damp and dark area--perfect for the growth of scale and fungus.  The plants are suffering from the lack of sunshine and damp conditions.  Unless corrected, the beds will soon die.

From a distance, the beds are beautiful, it is not until you get a close look that you realize what is going on behind the scenes.  It is one of those cases, when you will walk outside one day and notice you have a bed of dead bushes without ever realizing the insidious disease was eating away at the plants. 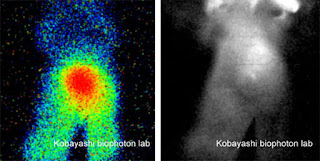 As I pondered this, I thought of the many I have known with cancer.  In many cases, there was no outward sign of the disease.  Only after some symptom or some test did the insidious disease rear its ugly head.  The cancer had been hiding behind healthy tissue eating away at the very life force of the body.  One would never know from the outside what is going on inside.  Left untreated there the cancer will spread and take over the vital systems of the body.  The end is then not far behind.

So it is with sin.  I am not apt to get on social media and give you a blow by blow account of the sin in my life.  Those secret sins hidden behind the mask of false righteousness.  Very seldom do I publicly admit to my private  feelings of jealousy, coveting, anger, pride, and narcissism.  Instead I allow my secret sin to eat away and slowly destroy my witness.  Sin is a cancer--and there is only one cure--the righteous blood of Jesus poured on the  very source of the disease.  We need to cut the sin out and cover the wound with the balm of Gilead as we allow the Son to shine upon us.  Once again we can stand healthy and whole in the soil of grace and mercy, if we allow the healing which comes with confession and turning from our sin.  The Master Gardener stands ready to make us once again whole--If Only--


9 If we confess our sins, he is faithful and just to forgive us our sins, and to cleanse us from all unrighteousness.
I John 1:9