LESSONS FROM HERO THE WONDER DOG

Hero is seriously a brick short of a load!  He lives in the lap of luxury here at Lulu's house.  All his needs are taken care of--without him contributing even a plugged nickel. 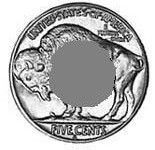 His food is served on demand, he has a monthly trip to the doggy spa, he goes for walks three times a day, and I even throw his squeaky toy when he wants to play.  There are no restrictions on where he goes in the house and he even sleeps on MY bed at night. In short--the silly little dog has found paradise! 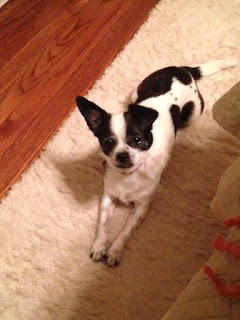 And yet--he is a runner!  He seizes every opportunity to hit the road jack!  This necessitates keeping him on a leash anytime we leave the confines of the fenced yard or house.  Today was yet another example of the little escape artist literally heading for the hills.

I have been helping a friend paint furniture.  She did not realize I was in the garage along with the Wonder Dog and opened the door.  He was under that door and off to the races before you could say Jack Sprat.  I was forced to bend way down low--army crawl style to get under that door and in hot pursuit.  Living on a busy highway, he almost became a grease spot when a truck narrowly missed him.  I had no idea I could run so fast--since I have not run in years---but the little black and white streak was followed by the old lady who can still sprint when forced.  He KNEW I was following him and only ran faster.  WHY---would the silly mutt run away from the hand that literally feeds him?  I am gasping and wheezing and calling while trying to get a whistle out without hyperventilating.  Every time I begin to close in--he picks up his speed again!  This has NOT been a pretty sight to see me chasing the eight pound wonder down the street and the army crawl under the garage door may result in not being able to get myself out of the bed tomorrow. 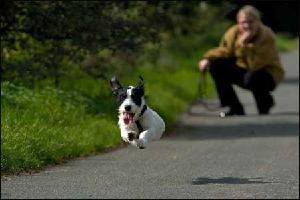 Thankfully my friend had the presence of mind to drive her vehicle in the direction we were headed.  The sly little weasel can NOT resist a ride in a vehicle--EVER.  She catches up to him and calls him.  OH BOY---here he comes running back to me--thinking I am going to pick him up and we are going for a ride.  NO--you little ingrate---we are walking back.  She offered a ride, but I needed to get my heart rate down and give him a good talking to.  He's got it made--but at the first opportunity--he makes a break as if his life depended upon it.  You would think he lived in an concentration camp instead of Doggy Paradise.

There you go---the perfect example of the runner in all of us.  We also have it made in the presence of Jehovah Jireh.  God provides us with ALL we need--and yet we don't walk but actually run from His perfect plan.  We refuse to acknowledge His way is the best way and instead strike out on our own path--which often puts us in the path of danger.  It is so easy to become lost when we run away from God's sweet protection.  We are slow learners, but He faithfully calls us to Him time after time and draws us back into the shelter of His loving arms.  STAY---needs to be my prayer--STAY!