WHAT'S FAIR ABOUT THAT!

Once upon a time---LONG ~ LONG ago, I worked for a bank.  I began working when I was nineteen years of age---A BABY!  By the way--I also had a baby and he was ten weeks old when I began this job (sometime work is a necessity--if you like to eat and live in a warm [or cool in the South] house).  I was thrilled to get the job--the thrill soon wore off--but I loved my job (except for the long hours, standing on my feet all day, and working on Saturday---otherwise I loved it). 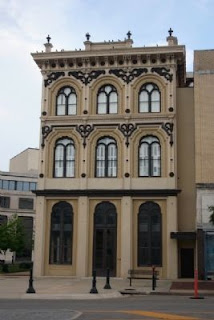 The bank employees soon clued me in to the annual rite of the "Christmas Bonus"---I believe when I was hired the CEO might have even made mention of the expected windfall.  I was among the working poor in those days and the very thought of extra cash sent me into delusions of  a meal out--paying old bills--and perhaps even a visit from Santa.  The "CATCH" (there is ALWAYS a catch) was you had to be employed by the bank for a certain amount of time--SO I was out of the running that first year or maybe two (my memory fails me on that detail).  NO smiles for me when the envelopes were passed out and others were grinning from ear to ear!  BUT the carrot of the future promised bonus kept me plugging away! 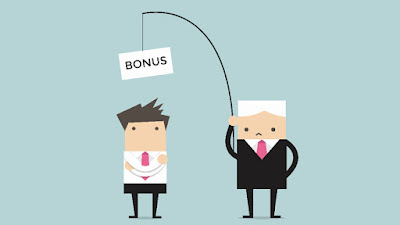 Fast forward (aren't you glad I am not boring you with the details of banking in the last century) to the year of the promised bonus.  I have planned and re-planned exactly how I was going to spend that windfall over and over.  As Christmas neared, I was living in anticipation of my own fat envelope being handed to me.  AND THEN---there was an employee meeting called--EVERYONE had to attend.  I cannot tell you all that was said--for I was thrown into the pit at these words 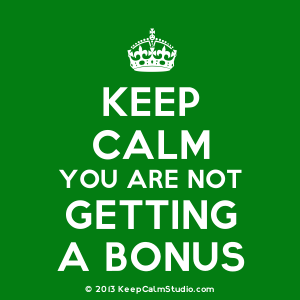 The bank board had made a decision to cut out the bonus in favor of starting a profit sharing plan--which is a long ago ploy to entice employees to stay around for their entire working careers.  In a nutshell, the bonus money would be put into a profit sharing account, you were were NOT vested until you had worked for the bank for X number of years (that means you have no rights to the money until you were there for that long).  After a certain age (remember I was either 20 or 21), you could withdraw the funds---or transfer them to a retirement account in your name--to be used AFTER you reached some advanced age--like 50).  To add insult to injury--I was not yet old enough to be a participant in the Profit Sharing Account.  OH--and by the way---IF you left earlier than your full vestature--the funds went back into a slush fund. 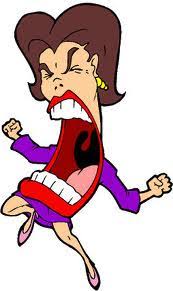 Color me F U R I O U S!  This WAS NOT FAIR!  I had worked just as hard and diligently (maybe more than some) and was not going to reap the year end benefits.  I fumed for a L O N G time over the injustice of it all!  My entire attitude was affected.  It was a matter of months before I resigned from the bank and went back to school.  Perhaps one of my best decisions E V E R!  It was just the jump start I needed to plunge myself into debt and the unknown world of how I would eat and support my son to obtain that degree.  BUT I DID IT--with God's help and a swift kick in the rear by the unfairness of the world.

Fast forward and I have an accounting degree in hand, a CPA certificate, and have obtained LOTS of knowledge about the business world.  In my old age, and looking with another set of eyes filled with accounting wisdom, I now saw why the profit sharing plan was a good idea for the bank.  Those employees who had been loyal and stuck it out were handsomely rewarded for their years of service.  Though NO enticement for a wet behind the ears 20 year old, it was a prudent and good financial decision for the bank management.  With my new perspective and a great job I loved even more than banking, I now forgave the unfairness of the dropped bonus. 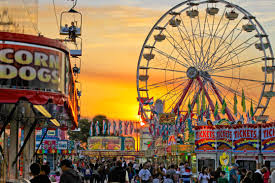 If you want fair, it comes around once a year and has rides and exhibits.  Fair is NOT a promise in this world or life.   While the loss of a bonus was NOT fair by any means, it worked for my good.  When we are struck by injustice, the only options are to stew in our anger for the remainder of our days and grow old and ugly with hatred or shake it off, pick up the pieces and move forward.  SO thankful with God's help, I moved forward.

There are wonderful memories of working in the bank and I made life long friendships from those three years.  It also was the catalyst for pointing me in the direction of my future career, since I became fascinated with numbers during this short stint as a banker.  So much good--and truly only one injustice (well except for women not being paid on equal footing with men~that's another day's post) came from this experience.  One more example--that God can use ALL THINGS for our good and His glory.