I am watching the PBS Masterpiece Theater series, "Victoria".  From what I can see it closely follows historical facts, with a liberal dose of artistic interpretation on the emotion side.  Are any of us able to truly interpret someone's "feelings"?  I have a difficult enough time understanding my own. 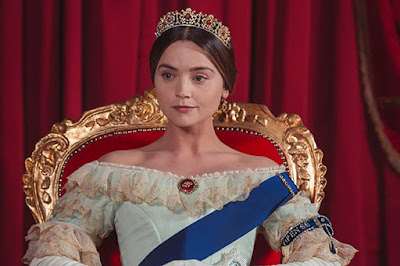 On last week's episode Victoria's eldest son, who is the heir apparent to the throne cried in his mother's arms.  "I don't want to be king!"  He could have saved his boyhood tears.  History shows he did not become king until the ripe old age of 60.  Those British royals--especially the females have plenty of longevity genes!  He only lived 10 years after taking the throne. 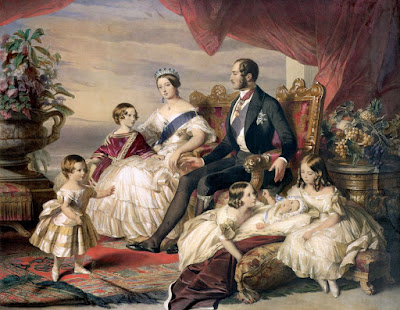 Edward was bemoaning his duty to become king after his sister taunted him that "She could do a better job than he could!".  They both had seen the stress and pressure on their mother's shoulders during the uprising over commoners wanting to vote.  Add to that a pot full of crazy relatives floating in and out of their lives and it would send the strongest of hearts running toward the castle door.

Victoria explained to young Edward it was his "destiny" to be king.  Webster tells us destiny is-

Edward was the eldest male offspring of the reigning royal.  According to the "rules", he would become the next king--because the oldest "Male" offspring,  was the heir apparent.

Do only royals have a destiny?  I remembered the scripture which tells us-

27 And as it is appointed unto men once to die, but after this the judgment
Hebrews 9:12

So if we are born, we are destined to die--at some point in the future.  So is there any sure destiny beyond that for any of us?  Surely, I am destined for greatness? ~in my wildest dreams!  NO-Not even a royal can be assured of ascending to the throne, if their predecessor outlives them.  Mortal man has no assurance of fulfilling his believed destiny because of the uncertainties of this world.  The path that seems to be ours for the taking might be filled with dead ends, pot holes, and detours which thwart our fulfilling what we think is our sure future.

The only destiny that is a guarantee is the sure assurance of life eternal with God the Creator when you accept Jesus as your Lord and Savior.  This destiny cannot be challenged, road blocked, or stolen.  IF you make this decision, it is your destiny to spend all eternity in the holy presence of God the Father.  No other event in your life is a sure thing, but this--this will necessarily happen.  It is your destiny through Christ our Savior.

28 And we know that in all things God works for the good of those
who love him, who have been called according to his purpose.
29 For those God foreknew he also predestined
to be conformed to the image of his Son,
that he might be the firstborn among many brothers and sisters.
Romans 8:28-29