THE CASE OF MISTAKEN FRUSTRATION

Work has been particularly frustrating today.  The boss worked you over for something that was not even your responsibility, a client blames you for their inability to take care of their business, and just when you needed it most, the network crashed.  Delayed by a last minute phone call, you rush out the backdoor~ late~ only to be met with rush hour traffic and a wreck on the interstate making you even later in relieving the babysitter.  You are met at the door with a teacher's note about you missing the teacher's conference you forgot, and a child complaining of an ear ache.  You forgot to put tonight's supper out to thaw when you rushed out the door this morning--so much for cooking ahead--and it will be frozen pizza once again.  The washing machine will not turn on and your daughter will get another 0 if she doesn't have her clean gym uniform for school tomorrow.  And, Oh YES, she needs 3 dozen HOME BAKED cookies for the PTA sale tomorrow morning.   Everyone is pushing and pulling at you and there is simply not enough to go around.  Your husband walks through the door and cheerfully asks, "What's for supper, Honey?" and you let him have it--with both barrels. 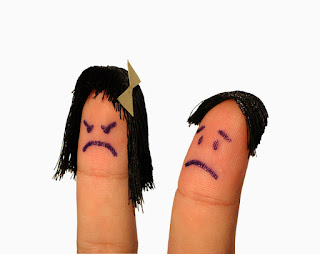 If you work and raise children or ever have and none of this sounds familiar, I would like to know what alternative universe you live in!  Poor Hubby walked in to a trap.  He wasn't to blame for all that had happened that day, but he became the scapegoat when he walked through that door.  You certainly could not take out your frustrations on your boss nor client and who can ever talk to an IT person and get any sense out of them?   Traffic is part of rush hour madness and to be expected and heaven help those who were involved in a wreck during this maddening hour. The poor children were certainly not to blame for illness, your forgetfulness, or the washing machine going on the blitz.  You couldn't blame them--but then in walked hubby--poor innocent hubby--and he gets it full force.  You became uncorked, blew your fuse, and the last straw was added to the already too full stack.  It really had little to do with him, but he was the one to bear your wrath over all that had gone wrong.   He never knew what hit him!  You weren't really mad at poor hubby but he was caught in the tidal wave from the perfect storm of a really trying day.  Hubby was not the real enemy--but none the less, he was the one blamed for being insensitive, not involved, and of little to no help when he didn't even realize you needed help. The real problem was a demanding job heaped on top of raising children while maintaining a home without delegating responsibility.  BUT HEY--SOMEONE HAS TO GET THE BLAME--and when he walked through that door---"TAG YOU'RE IT!" 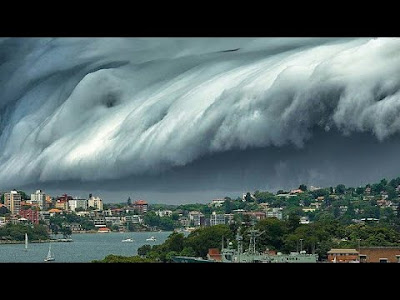 Think of the most difficult person you are dealing with, most pressing problem in your life, and/or most overwhelming circumstance you are facing right now.  We all spend far too much time allowing someone or some circumstance to claim  too much of our thoughts.  Most of the time, they are not the real problem, but only a symptom of the deeply buried real problem.  They become the scapegoat--the one who steps into the mix at just the wrong time and we are deeply affected in some negative way--be it pain or anger.  We are spinning our wheels trying to solve, change, or deny the impact they have had on our lives.  These circumstances are all "a personalized strategy which has been insidiously put in place to destroy our vibrancy and rend us defeated."  Our enemy knows our hot buttons and uses them to render us ineffective by creating diversions from that which is truth. Satan uses others to become the scapegoats for his attacks on us in an effort to discredit God or defame His church.

Recognizing where our anger, frustrations, or pain comes from is the important first step in realizing what the real problem is.  With all of us complex humans, it is never as simple as she is angry because her boss chewed her out.  Yes, the boss chewed her out, but does this bring up the repressed anger from a childhood under a tyrannical and abusive parent?  Perhaps the forgetfulness brings to mind being challenged as a child for not taking care of our business which has lead to a lifetime of trying to take care of everything instead of delegating.  On and on--we have a lifetime of experiences which have influenced our reactions to today's problems and situations.  We are prone to knee jerk responses without thought to the why's of any situation.  Forgetting to ask--where is this emotion coming from--we just react and forget to be proactive in understanding the why's.  We have our own "perfect storm" for keeping our thoughts off that which is true, noble, right, pure, lovely, and admirable.  We become ineffective, distracted, and useless to the kingdom when we allow all of the negative of this world to capture our thoughts.  Time to let go--become free of that which is a hindrance from focusing on the eternal.  Time to allow that which is good and just to rule our time, energy, and thoughts.


Be strong in the Lord, and in the strength of His might.
Put on the full armor of God,
so that you will be able to stand firm against the schemes of the devil.
For our struggle is not against flesh and blood,
but against the rulers, against the power,
against the world forces of this darkness,
against the spiritual forces of wickedness in the heavenly places.
Ephesians 6:10-12
Posted by lulu at 4:00 AM