We all teach our children the lesson~

After all, a stranger is someone we do not know, nor do we know their intentions.  I have learned to be careful about talking with children I do not know.  I love children and my first reaction when I see one is to speak to them.  This encourages them to trust strangers.  No longer do I enter into a conversation with them unless they have an adult with them.  Certainly, I appear harmless, but in most cases, so do the adults who might harm them.

I, myself, am careful around strangers.  I squelch my natural instinct to speak with everyone in my path, especially when alone.  In today's world, unfortunately, we must be aware of our surroundings and the potential for threat or harm.  The news and social media are filled with stories of strangers robbing or doing other harm to the unsuspecting.  The rule has become check out your surroundings before proceeding.  Sadly, the innocent world of my childhood has disappeared and we need to be wary of strangers.

There have been strangers whom have become good friends over time.  One of my neighbors in Fort Worth, when walking by my house, saw me out working in my yard and shouted a greeting.  She has become a great friend whom I dearly miss. 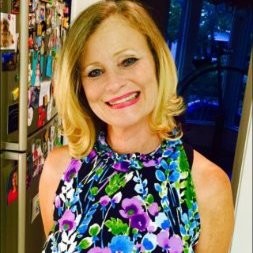 The fact of the matter is almost everyone beyond family, starts out as a stranger.  Why I even have family members who are strange strangers.  Who do we actually know when we come into this world~except for the voices we heard from the womb?

This week I have been mulling over Peter's letters contained in The Word.  Peter calls us "strangers in the world" as he writes to God's elect.  He references the Believers twice as strangers and also aliens.  We often think of aliens as someone who was not born in this country.  One who is not a naturalized citizen of the country in which they are living.  WHY would Peter think we are strangers in the midst of those we know so well and how can we be aliens to the place we have always called home?

Remember in Ephesians we were told once we accepted Jesus as our Savior and declared our faith in God, we then were sitting in the Heavenlies with Jesus and God?  Our eternal life began at that point and we became naturalized citizens of The Heavenlies.  We were granted permission into the presence of God Almighty and His home became our home.

At that point in time, we became citizens of The Heavenlies and therefore became strangers or aliens in this world.  We are no longer "Of the World," but instead are "At Home in the Heavenlies."  We are sojourners through this world, and strangers to this world.

This does not mean, we are not to interact with those of this world, but instead the Great Commission states the opposite.  We are to be wary of strangers, but not withdrawn   We are to be the influencers and not allow the world to influence us. Peter encourages us as aliens of this world to live our lives in a manner which points to Jesus.  Aliens usually have different customs and habits from the citizens of a country.  I pray our customs and actions always point to our being different.  A different others want to emulate.  We are different because Christ has made us different---a citizen of The Heavenlies with all the rights and privileges according to citizenship.  May our lives be a beacon of the wonder of belonging to Him as we, as strangers, travel through this world.


For our citizenship is in heaven,
from which also we eagerly wait for a Savior,
the Lord Jesus Christ;
Philippians 3:20
Posted by lulu at 4:00 AM