I get a certain amount of thrill from car shopping.  This past week I once again struck a deal for a set of wheels.  Because I am on the road alone a great deal, I try to get a new car every 5-6 years.  Making the deal is the best part of the entire transaction.  My last vehicle I bought in Fort Worth and made the entire deal on line.  I know you know you can purchase automobiles without having a salesman chase you around the lot. Why I see on television they even have car vending machines now.  How long must it take to put those quarters in that machine to buy that vehicle?? Back to Fort Worth, when I went to pick the car up, the F & I guy gave me the strong arm for two hours over extended warranty, etc.  I was NOT happy!  I finally explained to him, I was leaving without the car he wanted to sell me if he spent another five minutes explaining the error of my thinking. 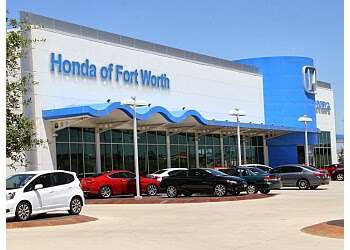 This time around, I first went to a trusted life long friend.  NOW, I trust him, but I also had done my research before going to see him.  He tried to sell me extended warranty-he is a big believer in warranties.  I asked could I buy it anytime within the warranty period and he assured me I could.  I assured him if I was still alive at the close of the warranty, I would consider purchasing an extended warranty.  We came to terms and a few days later, I am picking up the vehicle.  After I signed my name for about a dozen times, it came time to write the check.  A cramp seized me hand the minute I began to fill that check out.  He laughed and told me it wouldn't hurt long.  Kind of like the promise you get when they pull that syringe out for the vaccine.

The fun part of buying a vehicle is chasing the best deal.  It helps that I have done the accounting for automobile dealerships in the past and know the ins and outs.  The little secrets they don't necessarily advertise--the incentives the companies give them.

We all like to think we have made a good deal.  Women are the worst at telling you immediately after you compliment their clothing what a good deal they got.  All those years I traveled with my hiking group, we loved telling others how we did it all on a shoestring budget.  The thrill of thinking you have made a good deal---got the upper hand is irresistible.

BUT-have you ever suffered from buyers remorse?  Have you ever walked away from the deal and KNOWN you had been had?  A valuable and sometimes expensive lesson in deal making can come at the end of the day.

Today (Wednesday) is known as SPY WEDNESDAY in Christianity.  The day Judas struck the deal to rat out Jesus.  Talking about remorse--his was so profound it led to his death.  30 pieces of silver for the life of The Messiah.  Oh, you can throw the money away, but that does not take away the guilt of betrayal.  Judas's bad deal equals the original bad deal struck in the Garden of Eden.  The huge difference between those two deals though is one led to the fall of mankind and the other led to the redemption of mankind.  Let that sink in---as we pause and remember mid-week of Holy Week.  Praying we can all stay away from bad deals with eternal consequences and instead strike a deal with a promise you cannot afford to walk away from-Eternal Life.