Do you remember "Pigpen" from Charlie Brown?

A cloud of dirt followed him everywhere he went and not one inch on his body was ever clean.

We have our own "Little Pigpen" in our family. 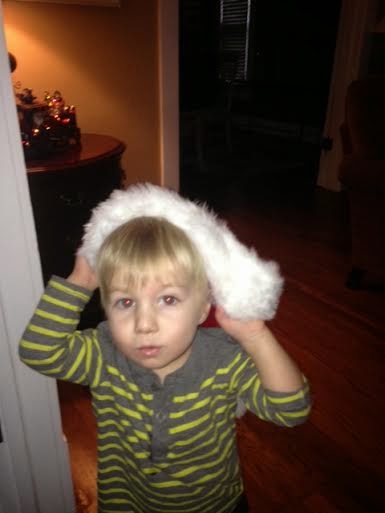 And the rule goes like this--the cleaner more pristine I am--the dirtier he is.  It all starts with the entire days menu being revealed down the front of his shirt-and then, of course, the sticky hands and fingers that go along with that.  Add to that, the fact that there is nothing he likes better than being outside in the dirt--mud is even better.  The picture begins to come into focus now---my own little living -walking-talking two year old Pigpen.

The story always ends like this---I am my cleanest--most spiffy self--and he is his most grimy-muddy--sticky little self.  I pull up--he sees me and he begins his little run toward me--his entire body wiggling with each step.  Finally he lifts his arms and shouts--"YUYU!"  Who could resist--I throw caution to the wind and scoop up the traveling dirt fest.  I love him so much--that knowing his dirt and goo will become part of my dress-- does not matter.   All that matters is how much I love the little man.

So it is with God---He is literally glowing with purity and righteousness---pristine garments of truth and perfection clothe Him.  And still if we will turn to Him, run to Him, declare our love for Him--He will scoop us up with a love as white as the driven snow.  We may be slimy, filthy, smelly, dirt covered sinners, and He still is happy to embrace us when we turn to Him. Our condition never fazes His willingness to hold us--if we only will run to Him with our hands held high.  What a God!

However to the man who does not work but trusts God
who justifies the wicked,
his faith is credited as righteousness.
Romans 4:5
Posted by lulu at 6:00 AM