BUT I NEED IT!

One of the "Little People" has a hoarding corner in their play room.  He tells everyone it is "His things" and the brothers are not allowed to touch it.  Mostly the corner is filled with toys, but he also likes to accumulate toy catalogs and his papers.  My sweet counselor friend explains it is establishing control over his life.  With two younger brothers, all toys are shared and everyone gets a turn.  His corner allows him to establish ownership over a few toys which were given to him.  He is a "Treasure Keeper" and wants the stability of his order when he returns after being away from home. 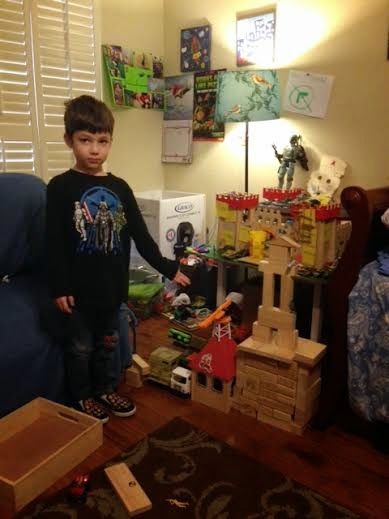 If you have ever watched the reality show "Hoarding-Buried Alive", you understand what an issue hoarding can become for some.  A form of OCD, the   show reveals individuals who have lost complete control over their environment by exercising what they think is total control over their possessions.  I have heard the psychologist explain their identity is tied up in their things and even though we might consider it junk--it is a part of who they are.  Those who hoard are convinced the item has value---fiscal or emotional and they refuse to part with their things and allow those things to control their lives. 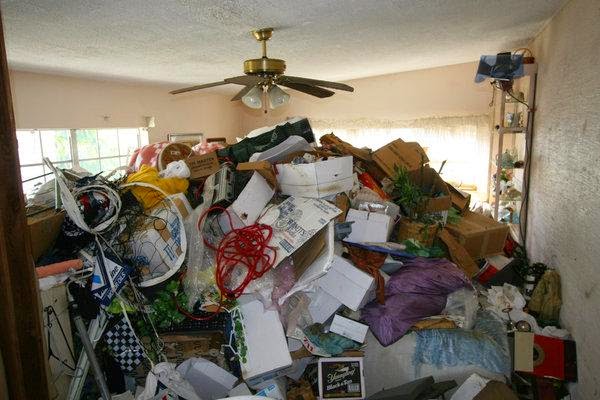 There is a tendency in some who were around during the Great Depression to become hoarders.  Having lived through those days when there was nothing, they fear they might return and hang on to their possessions.  Those who were around during World War II lived with severe shortages and rationing.  This deprivation lead to washing the aluminum foil to reuse, saving the soap that had melted, finding a need to save anything which might have future use--just in case.

We all flip by the "Hoarder" reality show and think--"NOT ME!"  No way would I ever live in that junk.  They have allowed their stuff to take over their world and rule their lives.  I would NEVER live in a mess like that.

The junk in your life may be hatred, hard feelings, resentment, jealousy, unforgiveness, anger, or any negative emotion.  When we refuse to give up our "Golden Idols" of negativity, we are accumulating emotional junk in our lives.  Oh you may not be able to physically see it, but there it is, as plain as the nose on your face, crowding out the good and robbing the joy while controlling your thoughts and life.  The only way to "Give it up" is to "Give it over".  Release the negative---ask for help---and accept His helping hand in cleaning out the mess and live a life free of clutter of the ugly and open to the beauty He intends.  I am absolutely sure---we do not need it!