HOW DOES YOUR GARDEN GROW? 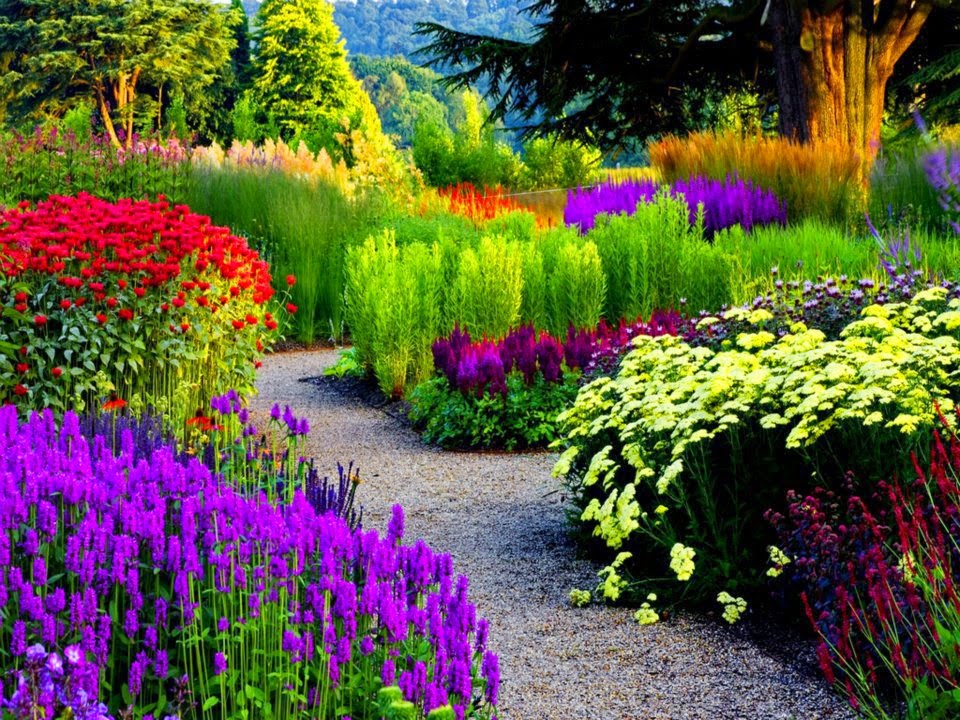 I took a bare spot of ground, it was morphed into a place of great beauty.  Full of flowers, shrubs, trees, grasses, water features, and many species of flora, bees, lizards, and beautiful butterflies, it was a wonder to behold.

The groundwork was the beginning of preparing this spot of ground for planting.  Carefully mixing the soil, tilling the ground, and mixing it all together to form the perfect environment for the flora to flourish.  Beds were shaped, trimmed and prepared to create a vision of peace and serenity in this garden to be.

The plants, flowers, and shrubs were all selected with great care.  No careless placement of a single one, but instead careful planning so that each and every one would compliment the other.  A verdant paradise began to rise from the bare spot of ground.

All was finished and I sat back and admired the great beauty of the garden.  Sitting on my deck and swinging on the porch, long hours of tranquillity were enjoyed while gazing at my handiwork.  The work was finished and now I rested and watched the plants grow.

I began to notice an unwelcome ugly green shoot sprouting from the ground.  Not to worry--it was only one and certainly did not spoil the beauty surrounding me.  Over time, I noticed other shoots here and there in the midst of the carefully planned beds.  I put off until tomorrow pulling those unsightly weeds--what harm would waiting another day be--after all it was only a weed here and there.

After a few weeks of unplanned busyness, I finally had time to sit once again in my garden.  I immediately noticed the same weeds were sprouting all over the beds and had begun to choke out the beautiful--carefully selected--flora.  Today was the day--I had to tackle the weeds before they destroyed all that had been so carefully planted.  As I began to pull on the first weed, I noticed it was impossible to pull out by the roots.  Instead only the top of the weed would come off--leaving the root to sprout yet again.  I dug down and discovered an underground root system connecting all the weeds.  The first weed had sent out a massive root system covering the entire garden.  Those weeds which had sprouted were the beginning of a bumper crop to come.  Unless I pulled out the entire root system, my beautiful garden would be destroyed by my careless ignoring of the first shoot.  If only I had pulled out that weed, the first day I spotted it.  If only I had not allowed the roots system to spread---If only I had been a better garden keeper---If only--


Allow both to grow together until the harvest; and in the time of the harvest I will say to the reapers, “First gather up the tares and bind them in bundles to burn them up; but gather the wheat into my barn.
Matthew 13:3
Posted by lulu at 6:00 AM