When did it become okay to slam, berate, ridicule, lambaste, and demean others for their beliefs?  I have almost discontinued watching television news and news channels--when it stopped being the news and became a forum for pushing agendas.  Extremely interested in the world and what is happening in it, I am not interested in the increasing lack of civility. 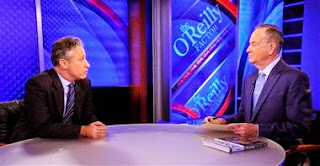 I have always told those who enjoyed watching their favorite politco's argue--they are making a living by stirring you up.  Appearing on national television and carrying on a shouting match over political ideology is the way they pay their light bills.  I strongly suspect they walk away from those shows--go have supper together and talk about the spouse and kids. Somehow James Carville and Mary Matalin mange to have opposing political viewpoints and still maintain a marriage.  Something tells me when the lights are turned out at night, they are not screaming at each other over politics.

Our political beliefs come from the place we find ourselves in life.  It is influenced by those who most closely line up with our needs and beliefs.  In an effort to not be attacked, I will just broadly say, many times it follows along with our professions, family system, and inherited ideological legacies.  Those who do not follow our ideologies are not necessarily idiots- nor should we consider it a personal attack when others do not agree with us.  Somehow mass communications and social media have released all inhibitions and destroyed good manners as we go for the throat on all who dare to disagree with our beliefs.

Jesus did not seek out those who were from the same political persuasion--he even performed miracles for the hated Roman occupiers.  He sat down and ate with the despised tax collectors.  He spent time with those who were like Him--but He did not shy away from those of opposing views.  In fact, in many cases He sought out those who "differed" AND he treated them all with respect.  The only mention of shouting was in the temple with the money changers--to keep the temple pure--Jesus drove them away.  The lesson Jesus gives us is we are not required to change our beliefs, we are required to treat all with respect.

This is the most you will ever hear me say about politics--but this is not really about politics--this is about common decency.  I have very strong political views, but have no intention of sharing those views on this blog-that is not the purpose of the blog.  My only reason for approaching this touchy subject is my deep concern for the manner in which treat our fellow citizens.  Think before you speak--take a deep breath before you scream--and agree to disagree without the need for hatred and malice.  There is plenty in this world to become distressed and anxious over---look around at what is happening all around us---why not point some of that excess emotional energy at helping those who desperately need help instead.  In every action--in every instance, always ask yourself---"What would Jesus do?"


But avoid foolish controversies, genealogies, dissensions, and quarrels about the law, for they are unprofitable and worthless.
Titus 3:9
Posted by lulu at 6:00 AM