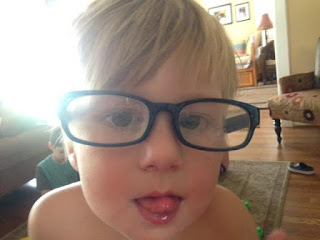 is my buddy.  He became attached to his "Lulu" when The Princess was born and the title "The Baby" was snatched from his hands after only two years of sitting upon the throne.  He began to have a new appreciation for his "Lulu" the day Sister made her entrance into the world and we have never looked back. 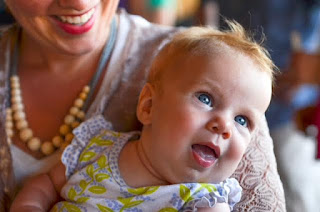 If we are all in the room together and I pick up Little Sister, he will tolerate it for a brief time, but not long.  He will look at his mother and tell her "Hold Lucy" or look at me and say "Give Lucy to Momma".  He is not big into sharing Lulu.  He is more tolerant of me playing with the Big Brothers--perhaps he knows they will not usurp his position in Lulu's life-but Sister ---he quickly banishes from Lulu's arms.

You have to keep your eye on "The Little Man" almost every minute for he knows no danger.  Recently as we sat on their side porch, he began to try to squeeze through the iron fence posts.  Sensing danger and knowing this would not end well, I began to tell him "No, get out of there."  Like most 2 year old hard heads, he likes to test the limits and continued his quest to work his toddler body through that fence.  I became alarmed--knowing this is not going to be good--and raised the volume of my voice and the intensity of my reprimand.  He finally got off the fence and stood looking at me.  I went on with my conversation--in a minute---he began sobbing.  I could not figure out what the trouble was--he was weeping loudly as big tears streamed down his face.  I pulled him into my arms and began the questioning of "What is wrong?"  As his little voice quivered between sobs, he said, "You hurt my feelings."  Break my heart.   I had not slowed down--and took the correction of his actions as all in the course of a day---he was left heart broken.  His Lulu had raised her voice in seemingly anger at him and it broke his little heart. 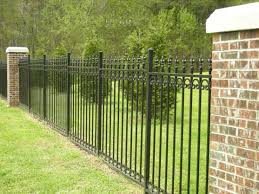 I gently held him and told him how sorry I was---I never meant to hurt his feelings---I just did not want him to get hurt by getting stuck in the fence.  I was not angry--I was concerned for the danger he was in and because he was not listening to me---my correction went to a new level of intensity.

I came away with two lessons from this moment in time-

How quickly he was soothed by my words "I am sorry--I never intended to hurt you".  It immediately began to heal the hurt and allow us to move on.  My reassurance of my love for him while I held him close continued our journey to rightness in his little world.  The final step of blowing on his neck and laughter emerging from the sobs completed the circle and we were back to best buddies.  It is amazing what those little words can do to heal a broken heart.  The simple utterance of "I'm sorry"-admitting I was wrong--allowed him to begin to forgive me and cost me nothing.

I was also reminded of my relationship with The Father.  The times I have been in harms way and would not listen--but stubbornly continued the trek down the path to a world of hurt.  His reprimands begin softly but often take on the harshness of a shout as we experience the consequences of our willful disobedience.  But then---He is always there to pick up the pieces--dust us off---embrace us closely---reassure us of His love---in spite of our disobedience---and nudge us back on the path.  Off we go in our toddler like run---arms flailing--feet flying--as we stumble down the road--with Him faithfully watching---tenderly correcting--and always pointing us in the right direction.

For the moment all discipline seems painful rather than pleasant, but later it yields the peaceful fruit of righteousness to those who have been trained by it.
Hebrews 12:11
Posted by lulu at 6:00 AM