I have seen a great deal of change in my lifetime.  I suppose anyone who has lived a lifetime of years would see a great deal of change.  One of the most amazing changes has been what is now acceptable in the venue of body art.  To say the least the Victorian taboos have fallen to the new age anything goes.

Only those men who had served in the armed forces had tattoos in my memories as a child.  For some reason those who had served in the Navy were especially prone to body art.  Perhaps there was a tattoo artist in every port?  I remember seeing them on the forearms and sometimes upper arms of men.  Certainly there could have been more, but the taboos also included walking around sans clothes. 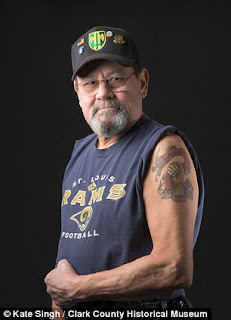 My first up close and personal experience with body art was my son coming home with a tattoo.  At the ripe old age of 18, he was ready to exert his independence via the local tattoo parlor.   I was less than happy--in fact could have pinched a plug out of him as my mother used to say. 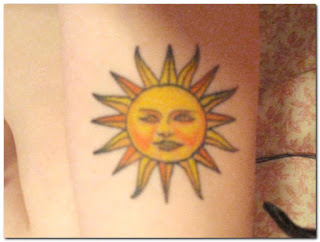 It seems today we have made the full circle and now no one--including me--blinks an eye when I see a tattoo.  Occasionally I am overwhelmed with the number of tats one person has.  Its a little like going to the art gallery and trying to decide which painting to study--I become numb and only give a passing glance to them all. 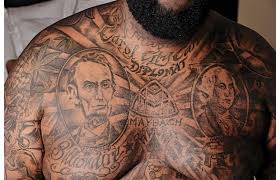 Lest you think this fad has not invaded the ranks of my peers, my sweet friend has these tats- 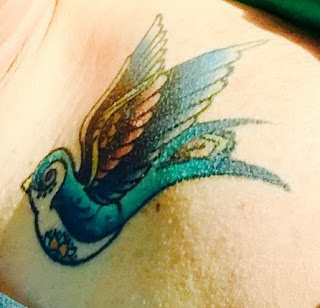 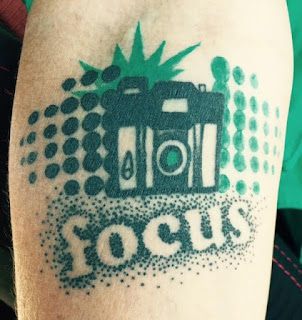 I have this thing about needles--I have to work up the courage to have an injection.  BUT if I were to become brave enough to put myself under the artist needle--what tattoo would I select?  What is meaningful enough to permanently etch it on my body--for the remainder of my life?  The fear of distortion due to sagging body parts limits my choices.  Who wants a peace dove with a broken wing trailing behind it!  What about a heart--but then it would need to have a deep scar added to it.  What would speak to who I am? 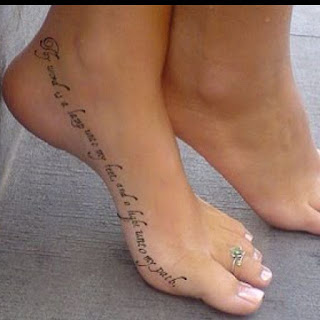 Unfortunately, years of running have left my feet less than lovely.  I would not want to draw attention to them -even with this beautiful tattoo.  And to cap that off, I have small feet--which would require very small lettering--which would probably be difficult to read.

As I was reading in 2 Corinthians this morning, Paul is talking about us being a letter--which is known and read by everybody---not written in ink but on our hearts.

Yes--this I would do!  Engrave it upon my heart who I am---and who He is.  THAT is my statement to share with all who pass me by.  Permanently etched--forever engraved--tattooed on my very heart---JESUS!

"Are we beginning to commend ourselves again?
Or do we need, like some people, letters of recommendation to you or from you?  You yourselves are our letter, written on our hearts, known  and read by everybody.  You show that you are a letter from Christ, the result of our ministry, written not with ink but with the Spirit of the living God, not on tables of stone, but on tablets of human hearts"
2 Corinthians 3:1-3
Posted by lulu at 6:00 AM