I created the most magnificent creation.  Taking all the talent, brains, beauty, brawn, and imagination I have been gifted with---I built a tower of sheer wonder.  Carefully stacking things of great beauty, words of deep intellect, and the strength of my prime---I have spent a lifetime building this work which defied my wildest dream. 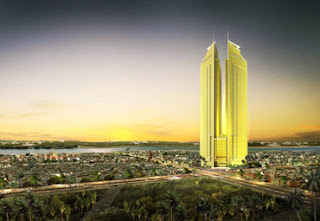 This has not been a short term project--no days upon days--weeks upon weeks--months upon months and eventually years upon years have gone into the production of my finest hour.  Sweat, tears, toil, and time were lavished upon the tower.  It would compare to the finest creation of any great master and I beamed with pride as others gazed upon the best of my very best.

One brick set upon another, layer upon layers, I slowly raised it from the nothingness of the beginning.  It rose toward the heavens--no tower could compare--as it swayed in the gentle breezes and shined for all to see.  Success after success marked the building stones.  All the right steps-in all the right order-marked its construction.

I often stood back and gazed with wonder at what I had created.  My golden idol, my statue of success, a thing of great beauty standing for all to admire.  I spent hours checking for cracks that might appear, and making sure it was shined to perfection--a great edfice to my accomplishments standing in the midst of me.

Suddenly--without warning--a storm appeared on the horizon---and overtook my tower before I could prepare.  Day after day of wind, rain, hail--all the worst nature could throw fell down--while I stood by at a loss for what to do.  After the storm---I noticed a crack.  I worked day after day trying to fill in the crack, but it grew faster than I could work, and the crack quickly became a fracture in the tower of great beauty.  With all my time spent hiding from the storm and jamming things in the crack, the shine began to fade and the tarnish of time muddied the shiny reflection.  The tower of great beauty became an eyesore of despair and all those who once sought the vision of perfection now walked the other way to avoid the ghastly sight. 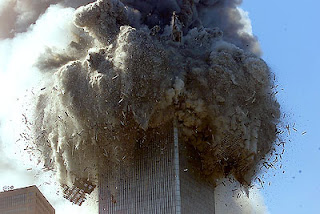 Finally the day came when a block was pulled from the carefully constructed tower which began the final crumble of all that I had built.  Slowly it began to fall--picking up steam with each layer--until WHOOSH--all that was left of this beautiful tower I had spent my life building was a pile of debris and the cloud of dust which rose as it dissolved into a heap.

Shock--anger--dismay--and depression covered me like a fog of discontent.  The work of my lifetime--all gone--in a minute--with no evidence remaining of my years of labor.  Resolved---the tower was gone---I stepped back and began to haul away the debris and sweep up the dirt.  Removing the trappings of my efforts--until it was all gone and no more. 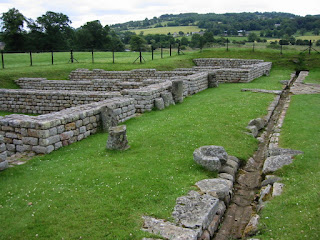 I made an amazing discovery as I reached the bottom of that mess---a foundation--sure and steady remained under the rubble of what I had built.  A foundation which held firm---a foundation strong enough to hold me in my deepest anguish---a foundation waiting for me to rebuild.  The lesson learned---all my efforts and all my plans were for naught because I had forgotten the importance of building to suit the foundation.  My ivory tower collapsed--my golden idol of perfection was lost--but the strong foundation--never wavered--never cracked--but remained to hold me up when all else was gone.

Therefore thus says the Lord God, “Behold, I am the one who has laid as a foundation in Zion, a stone, a tested stone, a precious cornerstone, of a sure foundation: ‘Whoever believes will not be in haste.’
Isaiah 28:16