BEWARE THE SEDUCTION OF THE VINE 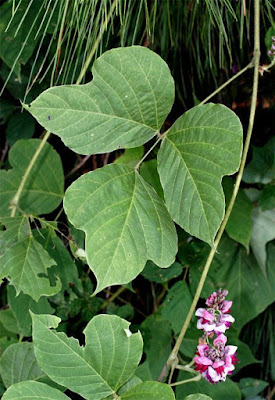 Back in the late 1800's, the wonder plant of the century was brought to the United States from Asia. 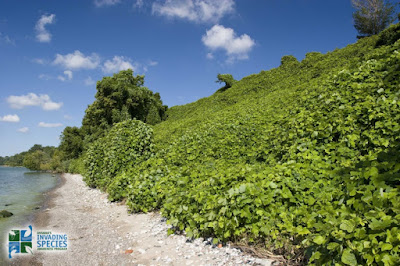 This non-native plant promised to be the answer to erosion control, preventing the slow washing away of the precious soil necessary to produce abundant crops. 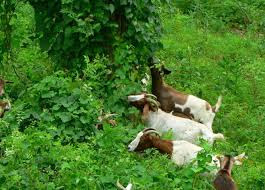 AND--it provided low cost but protein rich fodder for the livestock which was a large part of the economy at the time. 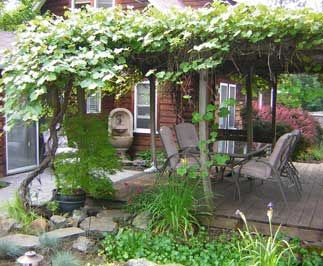 And the added bonus---it was a beautiful shade producing ornamental plant.

FINALLY the easy way to kill three birds with one stone---erosion control, fodder, and shade.  Man had imported the inexpensive answer and paid to have it planted extensively in the more temperate parts of the country.

With a change in the economy, caused by the increase of the machine age, farmers abandoned their farms and moved to the city.  And the miracle plant was left untended. 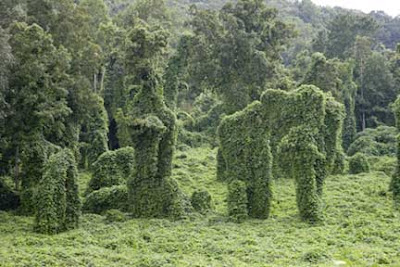 Fast forward to the next century, the fast growing-sun seeking-highly invasive vine -has taken over entire forests and effectively killed everything in its path by blocking the sun light. 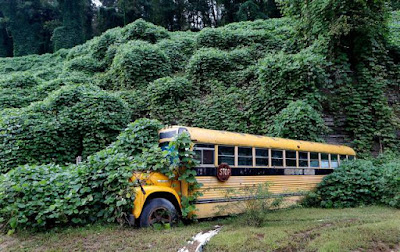 What man had thought was the miracle answer has turned into the choke hold of death. 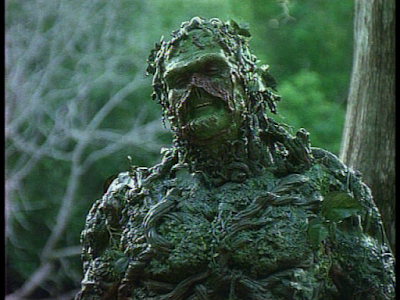 The beautiful kudzu vine has turned into the ugly stench of ruin.  And the worst thing has just been discovered by scientist-

Tharayil estimates that kudzu invasion results in the release of 4.8 metric tons of carbon annually, equal to the amount of carbon stored in 11.8 million acres of U.S. forest.
This is the same amount of carbon emitted annually by consuming 540 million gallons of gasoline or burning 5.1 billion pounds of coal.
It is releasing gases which are destroying the very environment which we thought it would save.
And THERE we have the story of sin- as we allow sin to slowly invade our lives with the promise of more and better.  We see it in the beginning as a helper---an easy way to success---a thing of great beauty.  As it begins to invade our life, it quickly becomes the invasive killer of all the really beautiful in our life.  It takes a death grip on our souls and begins to slowly cover the Son light from coming in.  Left untended it will lead to our death and demise.  The only answer is to let the Master Gardener strip all the vine away-yanking it out complete with roots and restore the life giving Son light and the redemption of our beautiful garden will then be complete.

"He thrives before the sun, And his shoots spread out over his garden
Job 8:16