Having lived in the woods for 30 years, we had no window treatments on some of the windows to allow for the best view of those beautiful trees surrounding our home.  I loved gazing out upon the glory of creation.   There was no need for concern over someone peeping in--unless it was a squirrel or deer. 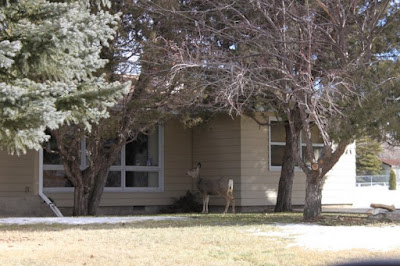 During all those years of early morning running, we always began in the total dark of the pre dawn hours.  In order to have adequate light, we ran under the street lights of the neighborhoods and downtown.  It always amazed me how many people were up at that early hour and how many did not bother to close their drapes.  Running can be a boring solitary sport, and the human propensity to voyeurism invited peeping in those uncovered windows.  Running several different routes over and over, I began to figure out who had what I wanted.  I noticed your furniture, your landscaping, the warmth of your lighting, your new car, and on and on.  I began to suffer from a chronic case of the "I Want's" while peeping in your windows and admiring your stuff.

"I Want" extends all the way back to the beginning of mankind.  I want a bite of that apple.  I want my brother's blessing.  I want that man's wife.  I WANT--I WANT was so prevalent God gave us a commandment--DO NOT COVET!  And yet we still want---whatever we do not have.  And those wants--they are never satisfied---we go from must have to must have with an unsatiable appetite for more and more. 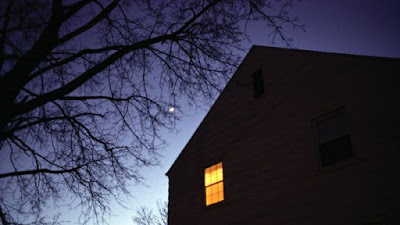 During those long ago early morning runs, there was one house we occasionally ran by  where  I saw an acquaintance of mine through the window sitting at their kitchen table having quiet time.  A person of well known integrity and Godly wisdom, they have what I knew is most important--a close and personal relationship with The Father.  Oh, the house was nice, the cars were fine, but to see their countenance there was no doubt what was important in their life.  Their fame for honesty, integrity, and seeking God was common knowledge among those in the community.  Every time I ran by that house, they were always in that window--faithfully seeking time and communion with Our Father.

The past few posts, it has dawned upon me what I want---I WANT GOD--to be deeply and purely consumed with the desire to seek Him.  I want to be obedient--so that my understanding of who He is will grow.  I want to leave the mundane the ordinary and seek the extraordinarily divine. I desire to leave the unquenchable thirst for the worldly and live in the satisfaction of the Living Water.   I want the peace and joy of the presence of The Master---His faithful and eternal love to fill my being--and to ---Want NO MORE!


And my God will meet all your needs according to the riches of his glory in Christ Jesus.
Philippians 4:19