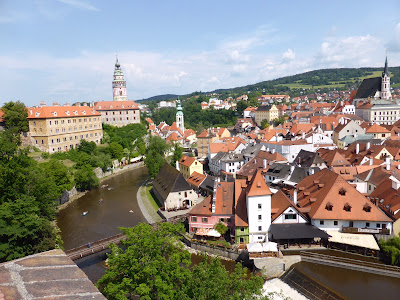 Cesky Krumlov has had as many countries ruling it as Henry had wives!
The castle which you can see on the left of the above picture was built in 1240.  Most of the buildings are from the 16th and 17th century.  THAT, My Friends, IS OLD!  They don't build things to last like they used to!   Most of the architecture of the old town and castle dates from the 14th through 17th centuries; the town's structures are mostly in Gothic, Renaissance, and Baroque styles. The last big change of inhabitants came after World War II when the Germans were unceremoniously kicked out. 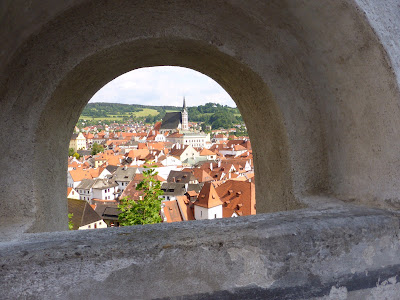 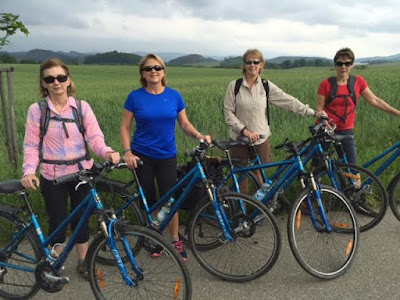 We spend the morning out in the countryside for a bike ride.  My two friends on the right have been training for the Tour de France, and Susie has taken a couple of 20 mile rides in anticipation of our trip.  I--on the other hand--have not had my rear on the bike saddle in one year.  The two small hills we had to climb called for a dismount and push and some serious thinking concerning--WHY!

Coming back to town--we divide to hopefully conquer.  The history buff, Jim, takes the guided walking tour through the town, the cyclist hit the trails again, and Susie drags me along the cobblestone streets on a shopping tour. 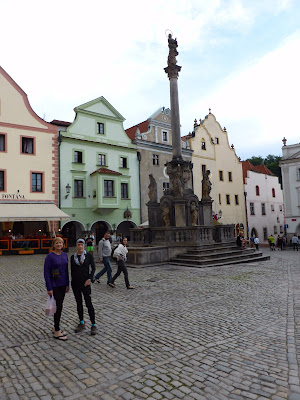 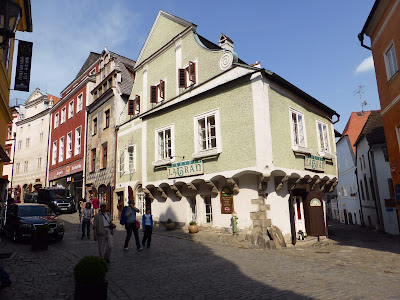 Enjoying a delicious lunch on the square, we then went on a quest to find Susie garnet jewelry which the area is famous for. 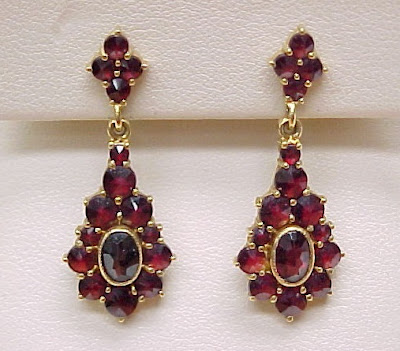 The food here in the Czech---though not on my low fat diet---WAS quite delicious.  We all have to die sometime and they believe in being well fed here when meeting their maker. 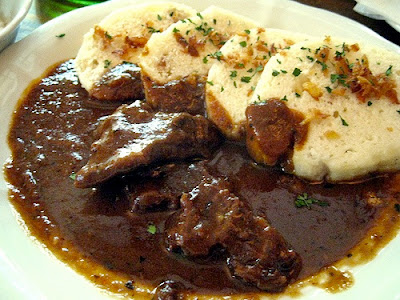 Packing up--yet again--we leave tomorrow for one more stop in Czech-our trip is winding down--but some of the best is yet to come!

3 Through him all things were made; without him nothing was made that has been made.
John 1:3