Heading out really early via shuttle the next morning, the final destination is our fifth country---but on the way--why not visit a couple of points of interest?  The Ice Caves of Werfen being the first stop of the day---we get there so early we help open the place up.  A 20 minute walk up the mountain---a cable car ride of several minutes--another 20 minute walk and we are at the mouth of the cave.  Unfortunately with all the rain, we were socked in--yet again!  The five of us and no one else--save the guides.  The early bird gets the private guided tour! 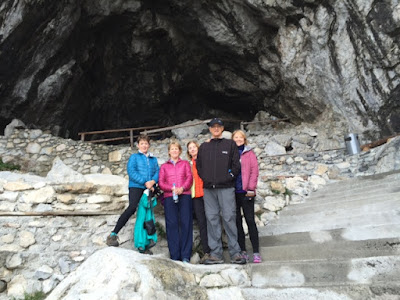 These are the largest ice caves in the world---the guided part was 700 steps up (40 stair flights) and 700 down.  With miles of caves beyond the main chamber.  We were not allowed to take pictures in the cave, BUT I found this jewel on Youtube 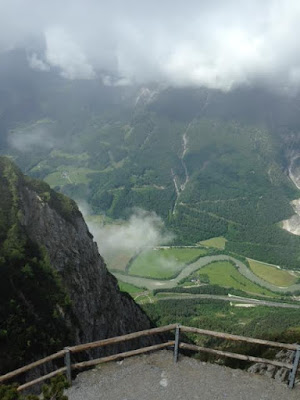 This could be classified as the nose bleed section.

Back in the van and we are headed to our last Austrian stop Hallstatt.
Nestled between the edge of Hallstätter See and the towering Dachstein mountains, Austria’s oldest and possibly most photographed village is something like a mirage in the Salzkammergut Lake Region. (might sound like a travel brouchure or WWW advertisement)  The village is beautiful--but filled to the brim with tourist.  After a while you begin to get "Quaint Overload," if you aren't careful.  It is characterized by glazed over eyes and yawns when staring straight in the face of beyond belief. 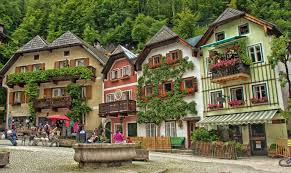 We FOOLISHLY got out of the van without our raincoats and the van driver is forced to park elsewhere while we explore.  AND GUESS WHAT-A SUDDEN RAINSTORM BLOWS UP!  We sit under a slightly leaky umbrella in a sidewalk cafe and eat a delightful-yet soggy lunch. 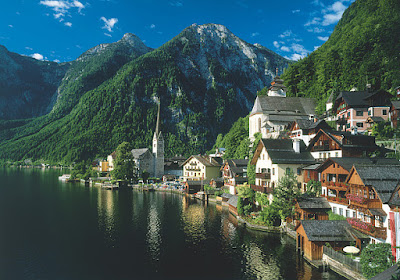 BACK IN THE VAN--off to the Czech Republic.

It is immediately apparent when we enter the new country.  The ravages of decades under communist rule have left their mark.  We are thrown back in time at least 50 years.  The decay of neglect are evident--even though strides have been made to correct it in the last few years. 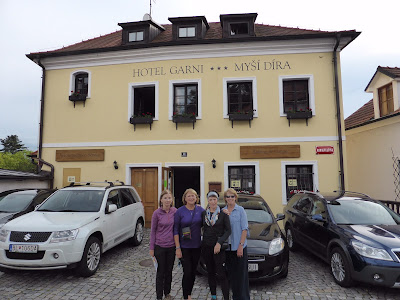 The hotel while certainly adequate reminds me of a motel from the 60's.  Further evidence of the weak economy is the country's currency-the koruna. If the economy is weak, a country is not allowed to use the Euro as its official currency.   I don't believe I have ever carried thousands of any currency before--but if you want to eat you had better have a wad of bills.

After eating and exploring the village, we accept the challenge of or trip planner, Doug Postel and find the Hostel Postel. 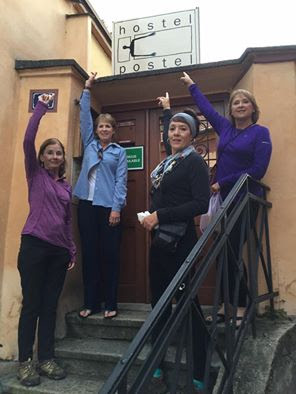 MANY THANKS FOR A TRIP OF A LIFETIME, DOUG!


Your riches have rotted and your garments have become moth-eaten.
James 5:2