This week will be filled with memories and reflections on my past.  A couple of life long friends have come for a brief visit.  As we sat and talked last night, I came away thinking how different our three lives have looked.  We could not be more diverse, and yet all those years ago we parted with like dreams of how life would play out. 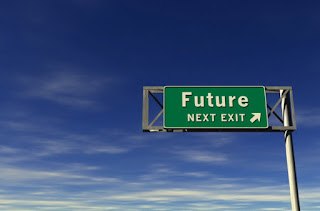 The similar path we all began walking together was altered as we began making choices and living with consequences which created alternate routes and detours.  We all agreed at 17-18 years of age--you are still so young and naive.  As you begin to look back, you see how some poor choices made the going rough.  You understand how illnesses, deaths, and many other things out of our control affect your trek.  And here we are all these years later--three entirely different people who are still connected by the memories of our youth.

As I thought this over, I was reminded of the story of King David who begged God for the life of his son who became ill as a consequence of David's poor choices.   David tore his clothes and cried out in anguish as his son lay dying.  God's answer was, "No"..  And then----he picked himself up--dressed in a familiar tunic--and kept on living his life.  Although, I am certain, he always missed his son, he did not live in regret for the remainder of his life steeped in the great sorrow of his loss.  He chose to continue to seek God and live the moment in front of him.

So it is with our life---we can bog down in the mire of regret---gnashing our teeth and moaning over the what if's, if only's , and only if's--or we can let the past remain in the past.  Never denying our history, but instead learning from it, accepting it, and moving forward with where we are.  We can live beyond regret--putting aside the fruitless struggle of mourning what was, and instead living in anticipation of the future and what God has in store for us.  For we KNOW the plans He has for us!

16 David pleaded with God for the child. He fasted and spent the nights lying in sackcloth[a] on the ground. 17 The elders of his household stood beside him to get him up from the ground, but he refused, and he would not eat any food with them.
18 On the seventh day the child died. David’s attendants were afraid to tell him that the child was dead, for they thought, “While the child was still living, he wouldn’t listen to us when we spoke to him. How can we now tell him the child is dead? He may do something desperate.”
19 David noticed that his attendants were whispering among themselves, and he realized the child was dead. “Is the child dead?” he asked.
“Yes,” they replied, “he is dead.”
20 Then David got up from the ground. After he had washed, put on lotions and changed his clothes, he went into the house of the Lord and worshiped. Then he went to his own house, and at his request they served him food, and he ate.
II Samuel 12:16-20