I have wonderful memories of Halloween in the by gone days of my youth.  Life was so much simpler!  No store bought costumes--only those you could create from what you had or talk your grandmother into making for you.  Mama James would have considered it a huge waste of time to sew a costume--so I dared not ask her.  I remember taking an old sheet and becoming a ghost, being a cowgirl--raising animals for 4-H-the costume necessities were part of the stock show wardrobe--painting my face like a monster with my mother's make up (suffered the consequences of that action)--being a scarecrow with the help of a little hay from the barn--it was all easy.  The treats were mostly homemade--YUMMY--for no one feared their neighbor poisoning you and there was no thought of apples having razors in them.  It was the best of times. 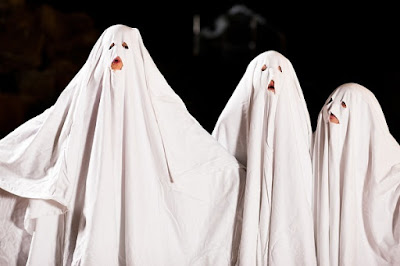 The three amigos have a closet full of costumes.  This past Friday was storybook costume parade at school.  This one changed costumes three times before leaving for school, which necessitated a search for a storybook three times.   His mom is much more patient than I ever dreamed of being.  I tried to give her a little advice on not allowing last minute changes of mind--to no avail.  My advice rolls off her back like water off a duck's back. 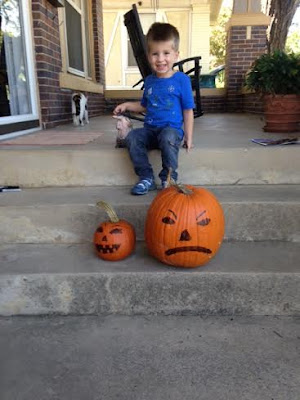 Halloween is the annual "Let's Pretend" Extravaganza!  Pick a character--step into the costume--and become your fantasy.  As easy as one-two-three!  The boys immediately go into fight mode when dressed in Star War costumes and brandishing a light saber.  Slipping a mask over our face invites slipping into an alternative personality.  A relative peaceful and calm child morphs into an indescribable mad person by donning a mask.

If I could for one day slip into a costume and live the fantasy of being that  character, who would I be? 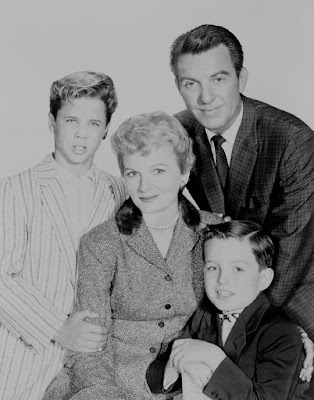 Maybe June Cleaver, surrounded by a loving family who only wanted my happiness.   Able to run a household and family with seeming ease while wearing an apron over my best dress and heels.  Never having to raise my voice and always held in high regard---YES--June has an appeal.  Then there are the Eddie Haskell's of life that even June had to endure. 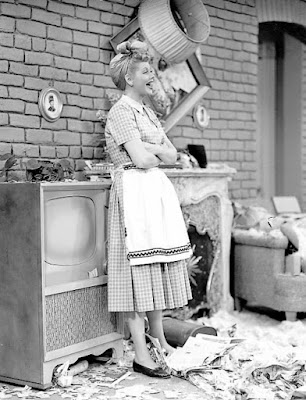 The truth of the matter is I could slip into I Love Lucy with relative ease.  Her life and shenanigans I easily identify with.  Sweeping the mess under the rug and the throwing the trash into the closet while shoving the chocolates down my blouse are second nature in my world.  Unfortunately there is no Ricky to keep me on the straight and narrow. 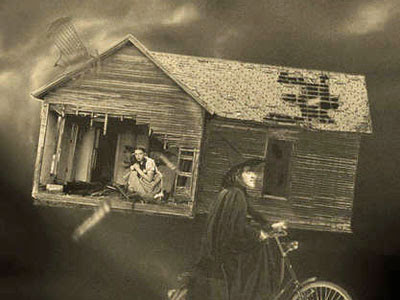 I could be Dorothy and be swept away in the funnel of a tornado into another world.  But then there is that nasty witch who keeps rearing her ugly head!  And the yellow brick road got a little crowded with hanger-on's before the journey was complete.

OR I could be the witch---OH DEAR--too many of those around already!

If I could pretend for one day--what would my fantasy world look like?  I see a white robe and serene verdant pastures with sheep grazing around the pond.   It would be peaceful and filled with joy.  Everyone would be concerned about others.  There would be no hunger, no illness, no loss-no more tears.  We would all get along and look out for each other.  It would be Utopia---or perhaps a better way to say it-

For now we can only fantasize what it will be like--but the day is coming when my fantasy will become reality.  What a glorious day that will be!

13 Then one of the elders asked me, “These in white robes—who are they, and where did they come from?” 14 I answered, “Sir, you know.” And he said, “These are they who have come out of the great tribulation; they have washed their robes and made them white in the blood of the Lamb. 15 Therefore, “they are before the throne of God and serve him day and night in his temple; and he who sits on the throne will shelter them with his presence. 16‘Never again will they hunger; never again will they thirst. The sun will not beat down on them,’nor any scorching heat. 17 For the Lamb at the center of the throne will be their shepherd; ‘he will lead them to springs of living water.’‘And God will wipe away every tear from their eyes.’ ”
Revelations 7:13-17