THE PARABLE OF THE SPARROWS

God continues to teach me and show me His lessons in the most amazing and sometimes unexpected ways.  Recently while on the treadmill at the gym, an entire parable unfolded as I gazed out the window.  I will tell the parable and leave you to ponder the meaning. 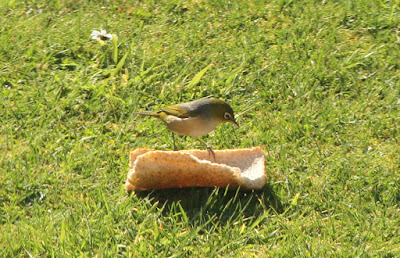 There was a large piece of bread carelessly tossed on the ground right in front of the window.  A little sparrow slowly hopped over and began to nibble at his day's find.  He was content and in no hurry-but instead enjoying the feast dropped from the heavens. 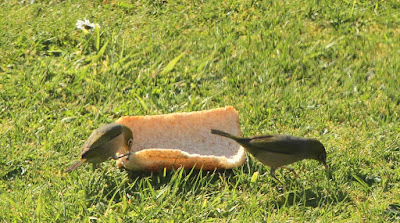 After a short period of time, another sparrow, who had been eating nearby appeared, after leaving the bread it was eating.  He pecked at the ground and hopped all around the bread and the other sparrow who was slowly nibbling his meal. 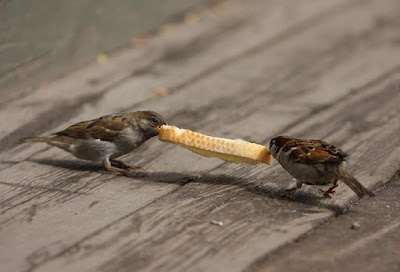 It soon turned ugly and the newcomer sparrow pulled the bread away from the one who had found the bread.  The sparrow was not content to eat with the other sparrow, but instead claimed the entire piece for their own. 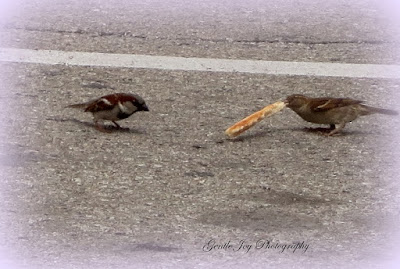 The poor little sparrow flew away in defeat.  You could see the sorrow as it slowly slipped away.  As it made a slow circle one last time, there a few feet away was another piece of bread which had fallen from the heavens. 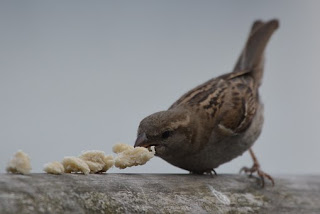 While this piece of bread was not as large, the little sparrow was satisfied and content with more than enough to sustain it for the day.  He picked the morsel up and flew off to safety.  Thinking I had seen the story play out, I glanced away, but then another story unfolded quite unexpectedly. 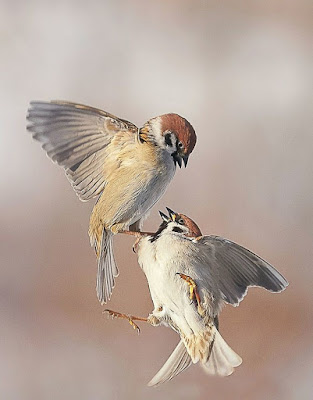 As i walked and watched the thieving sparrow was attacked by a larger sparrow.  It was soon sent off in defeat as it lost the bread taken from his fellow sparrow and claimed as its own. The first sparrow I had spotted had slipped away after finishing his meal.  And the thieving sparrow sat on the side of the sidewalk watching in hunger as his prize was devoured and he was left hungry and alone.