The years of my early childhood were reminiscent of Mayberry RFD.  While recently visiting with my first cousins, we shared a wonderful trip down Memory Lane.  My father's siblings all lived in Mayberry except for one sister--who lived a couple of hours away.  The family was close knit and spent a great deal of time together--parties and dinners and long chats on the porch filled the idyllic days of the 50's and early 60's.  The first cousins were spread out in age--my family being the babies of the group. 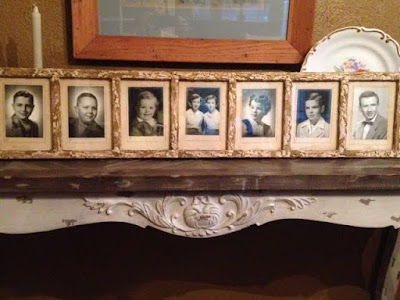 My uncle and aunt had no children of their own and took great delight in all of their nieces and nephews.  We spent a great deal of time in their beautiful house on the hill in the midst of the manicured woods.  All three of us have memories of being treated to various trips by our uncle and aunt.  My first train ride was with my aunt-ironically to Fort Worth.  The twin cousins went to the Republican National Convention with them.  They were very generous and treated us all with great fondness. 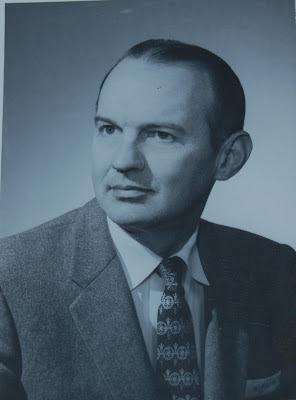 Somewhere along the path, my daddy and uncle had a serious breach in their relationship.  None of us know the details, other than it was over a joint venture in business.  Whatever the cause, our socialization with the entire family ended with the feud.  We were all children and not privy to adult conversations.  What I do know is there was never a reconciliation  between them and when my daddy died at 45--they still were not speaking.  A family torn apart over a business deal.  What must that have done to my grandparents?  They both were alive when all of this occurred.  What could have been so important--what great harm happened--that would cause brothers to break away from each other?  The anger and resentment did not die when Daddy did--my mother never forgave them.  She kept that anger, resentment, and bitterness until they finally passed away.

In this case, the feud ended with all of them passing away.  My mother never knew when my brothers and I saw this Aunt and Uncle after Daddy died.  It was best to keep this from her and not stir up past grievances.  In my heart and my brothers' we loved our aunt and uncle.  My brother was this uncle's namesake.  Their deaths ended a sad period of a life long unresolved anger---over a business deal!

How many times have I witnessed the same story in other families.  Different circumstances, but the same outcome.  Brother hating brother, sister angry with sister, brother and sister estranged--and usually over something truly not that important.  It is heart breaking to see families torn apart over land, money, things or words carelessly thrown and often misunderstood.  Can anything be so important to cause a family to break apart?

As Solomon eloquently said, "There is nothing new under the sun."  This has been going on since Cain and Abel argued and ultimately murdered.  My pondering lead me to Jacob and Esau.  We all know that story and how poorly it turned out.  Once the trust was broken, though they tried, it was never truly regained. Though it would seem they met and reconciled, the fact that did not meet again until their father's funeral might lead one to believe otherwise.  Brother versus brother is never a pretty fight.

It saddens me deeply that my daddy and uncle never reconciled their differences.  The ripple effects will die with my generation, but it had a life long affect on me and my siblings.  How many times have we seen generation after generation continue a feud?  God desires us to be reconciled one to another.  He sent Jesus to give us an advocate so that we could be reconciled with Him.  Yet we cannot find it in our hearts to forgive our brother or sister.  What a sad indictment on mankind.


21 Then Peter came to Jesus and asked, “Lord, how many times shall I forgive my brother or sister who sins against me? Up to seven times?”
22 Jesus answered, “I tell you, not seven times, but seventy-seven times
Matthew 18:21-22