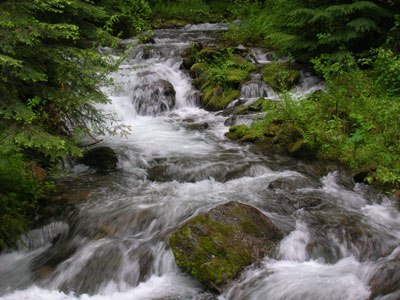 The grands are all caught up in fictional heroes.  We have so glamorized super heroes and cartoon world that we miss telling them the stories of true heroes.  Men and women all around who have done heroic deeds--all in a day's work.

The last hike commemorates such a hero.  When researching Ed Pulaski, I found one account calling him a reluctant hero.  I prefer to think of him as a man doing his job--and supervising his men---both with his best efforts.  In the GREAT FIRE of 1910, Pulaski managed to lead his team of men to an abandoned mine--known only to him because of his great familiarity with the area.  A huge area was destroyed by wildfires during this two day firestorm with many lives lost.  The entire town of Wallace was ashes when it was all over.  The brave, and yet humble, man saved the life of his men--without regard to the danger he was facing.  He had the stuff that true heroes are made from.

It would seem fitting that our last day to hike would be spent hiking the trail he and his men must have run up--surrounded by deadly fires and with smoke as thick as a pea soup.  A beautiful trail that winds up the mountains to the hidden cave where Pulaski and his men sought refuge. 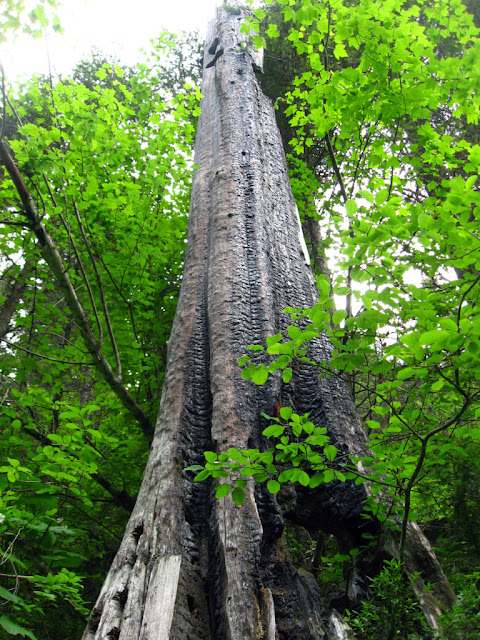 The skeleton of this towering cypress stands by the trail in silent testimony to the destruction that was wrought.  As I looked at the towering trees and lush green surrounding it, I was reminded of God's work of redemption in the world. 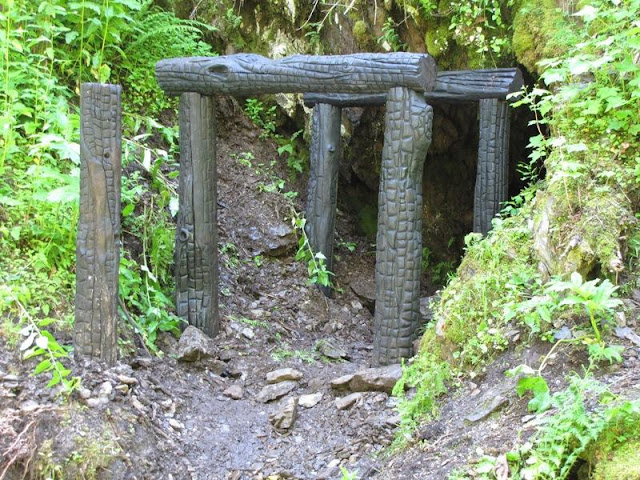 Only the bats live in the cave today and the timbers are but a recreation of what once was there.  Fire leaves little to remember the day of great destruction.

We were unusually quiet on the trail this day.  One could almost hear the cries of panic and the licking of the flames as we trod were those brave men fled for their very lives.  Many survived the seemingly unsurvivable that day---all due to the bravery of one hero. 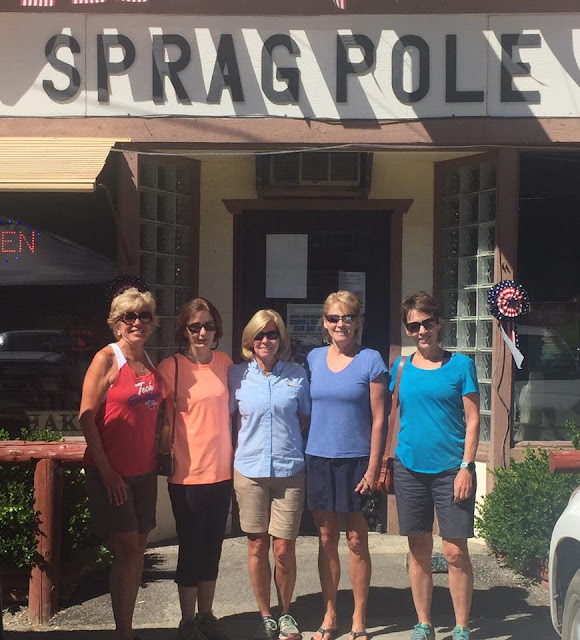 On a lighter note---we wound through our own mountain trails and braved the hair pin switch backs getting to this place.  Sandra has wonderful memories of eating here while growing up.  My question was HOW IN THE WORLD did anyone ever find this place??  There is NO WAY to describe just how rural this is!  And yet--somehow the locals and the tourists find their way to this watering hole!  I never cease to be amazed!

His disciples answered,
"But where in this remote place
can anyone get enough bread to feed them?"