Recently I heard a story about a widow who after several years of being alone is remarrying.  Her children are not happy. 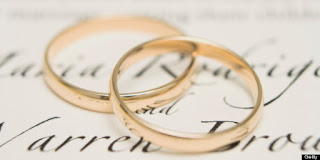 I was thrown back in time to my mother's marriage to my step father.  My father died when I was 14, and my mother somehow successfully raised three children on her own without him. It was NOT an easy boat to row! 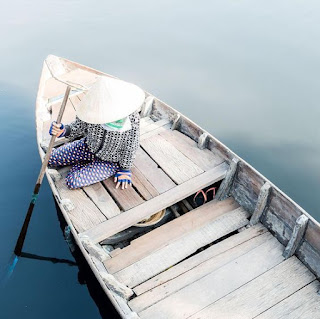 When I was in my early twenty's, Mamma married my step father~Bill.  He was an interesting man~Bless his heart!  Some of the family did not like Bill--and for certain his children did not like Mamma, but they married without asking for anyone's consent.  His wife had not been deceased a short time, and Mamma was quite a bit younger--it was a recipe for disaster.  They knew very little about each other and for sure their relationship had not stood the test of time.  The odds were not in their favor AND most of the adult children were not in favor of the union.  They proved everyone wrong in a grand fashion! 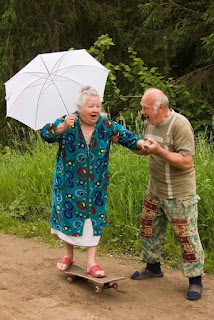 Fast forward over a decade later, Bill passed away on a trip.  He looked up at a red light and slumped over--gone in an instant.  Against all odds, Mamma and Bill had a great marriage.  They traveled extensively, he helped her save for her retirement, and they greatly enjoyed each other's company.  I reminded my brothers of telling them, "Bill is going to take care of Mamma," when they married.  He did just that and she was probably the happiest she had ever been during those years of their marriage.  After Bill passed, we were once again in the care giving roles with families of our own also.  HOW WE MISSED BILL! 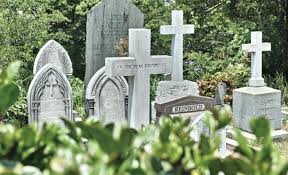 WHAT could be the point of this story?  God tells us to raise our children and allow them to leave and cleave to their spouse--when the time is right.  I think I speak for most parents when I say we miss our children--now that they are grown and living in their own primary family unit.  I raised my children to be independent and well functioning adults--NOT to be my caretaker-- NOT to hover around me because I miss them.  SO--as we allow our children to fly--our children should allow us to fly also.  It is NOT all about them---their happiness with our circumstances is not of primary importance.

I am very blessed that my children all encouraged me to move back to Ruston--farther away from them all.  They wanted mom to have a full life--not just a life revolving around them.  They looked beyond their own personal desires and remembered what might be best for me.  They were willing for me to leave their sides ~ take wing and fly~to hopefully live a rich and full life--back in my hometown. 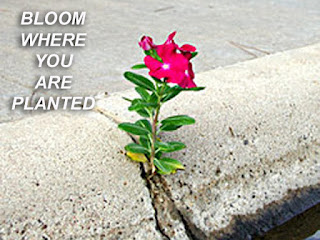 SO--morale of the story---think beyond your own preferences and trust your loved ones to make the best choices for themselves.  There is no need to be the rescue squad---if we make bad choices ~ as adults--we can pick ourselves up--brush off--and try again.  Honor your mother and father--by honoring their choices and standing by their sides.  Love them as they have loved you--by being willing to let go and watching them bloom where they are planted.  Live as God intended--beyond yourself--with the happiness of others foremost.

Let each of you look not only to his own interests,
but also to the interests of others.
Philippians 2:4
Posted by lulu at 4:00 AM