LESSONS FROM THE THREE AMIGOS

The Three Amigos or Three Stooges, depending upon the moment, were loads of fun and exhausting at the same time.  They also are wise beyond their years and ask deep questions while giving interesting insight into the world. 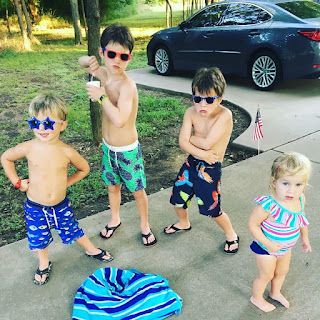 One thing amazing about automobile trips is the conversations.  Some of my best talks--especially with the opposite sex -have been during long car trips. When  trapped the male of the species will finally enter into a conversation, which usually proves to be very productive and quite enjoyable. While traveling, one of the boys announced Lulu should get married again.  As I tried to explain to him why that would probably not happen, another of the grands chimed in and told me it is against God's Law for divorced people to marry.  I then tried to explain there were times God did not frown on you marrying following divorce. Trying to explain that without giving the reasons behind Biblical divorce was not easy.  This also lead to a conversation about grace and exactly what grace looks like.  The third grand sat back there and just listened without making a single comment.

WHAT a conversation!  They are 9, 7, and 5--I knew this subject would come up one day, but really thought it would be much later.  I have been alone since the second one was a small baby, so they have no memory of me ever being married.  And yet--they are asking the questions because their other grandparents have always been together.  They have figured out that is what it is supposed to look like and are wondering why I am alone.

As I thought over the conversation, it occurred to me how much this looks like the world.  Part of the world thinks just move on with your life and live and let live; another part has strong opinions based upon firm opinions based upon legalistic thinking; and the other part--well they may be taking it all in, but don't care or don't have an opinion they are ready to express.  Most of the time, most of us fall into the third group--unless we have a dog in the fight or cannot stand to not share our opinions.  What we often leave out of the equation is grace.  We all want to  be judged based upon grace, but are not always so free with dispensing grace to others. 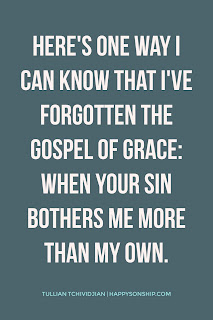 It really delights me that they feel free to tell me what they are thinking and ask questions.  My little legalistic grand will be fine, I talked with him several times about grace, and his mom will do the same.  The one who wants me to marry I suspect thinks that is the way to be happy--since the marriages around him are great examples of good marriages--he wants Lulu to be happy.  The other one, I suspect is taking it all in and we will have a talk someday about it.  He may be a great deal like his Lulu--and need to process before discussing. 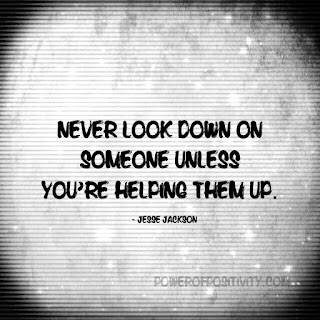 One important thing is I affirmed each of them in what they were thinking and did not automatically say, "You are wrong!"  I opened the door for another opinion without totally shooting them out of the water for their opinions.  How much better would the world be if we acknowledged the validity of different points of view?  Our perceptions are always skewed by the eyes we are looking through.  We can all look at the same scene and each of us have a different version of what we saw.

SO in a round about way, I am reminding myself to always listen to what others have to say, give credit to their right to have a different opinion with no fear of my opinion being diminished.  What a peaceful world this would be if we could only be kind to each other.


To speak evil of no one, to avoid quarreling, to be gentle,
and to show perfect courtesy toward all people.
Titus 3:2
Posted by lulu at 4:00 AM