Once again I find myself motivated by my new Bible study on Psalms 107.
I am certain you realized the Israelites were in Egypt 430 years.  If a new generation comes along every 20 years -give or take (Source is here), then 21 1/2 generations later, they walked away. 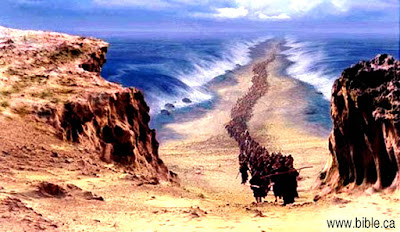 The author of the study points out after so many generations in Egypt, Egypt was all God's chosen people knew.  They had become accustomed to the customs of the Egyptians and held tightly to the habits, traditions, and philosophies learned while living in Egypt.  They had even allowed the many gods of Egypt to mask the character of the one true God.  The 40 years of wandering in the desert would allow two generations to pass and many of those Egyptians traits would have been lost or discarded.  God had a cleaner slate to work with before allowing His chosen people to enter the Promised Land.

NOW before you think I have gotten in over my head, you must admit we adapt the actions, thoughts, and manners of those we are surrounded by.  Move to the South and your children will soon be adding a Mam behind every yes or no.  Move to the South and making eye contact and giving a greeting comes with passing on the street.  Move to the South and good manners are taught along with the ABC's.  We have a code of conduct closely adhered to by those who live in this area. That code will only change with the influence of another group of traditions being introduced and slowly accepted as the norm. 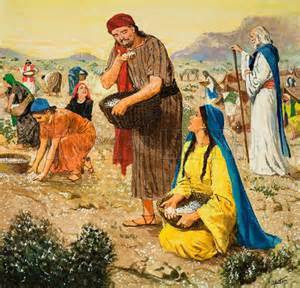 The Israelites learned who God was while having only Him to rely upon while roaming in the wilderness for 40 years.  Once the crutch of the Egyptian overseers was taken, the people had to learn to think for themselves and take note of Who was their Provider.  Who God was had become muddled with the image of  all the Egyptian gods.  Their worship had become transactional--I will offer a sacrifice if you will---fill in the blank. God knew their hearts and He knows ours.

"We are not unlike Israel.  We have notions of who God is that are skewed at best and false at worst.  The desert season reveals our broken well and false anchors.  He dries up our wells and letsmour anchors crumble.  He lets us long.  He lets us be hungry and thirsty and find no satisfaction in anything but Him."

What are the wells in my life?  What is my supply source to give and sustain life?  What is my anchor of stability in this troubled world?  Am I clinging to Egypt or looking only to the one true source of life?  Until I throw off Egypt or The World, I will continue to wander in the wilderness.   God uses the wilderness to show me I "seek comfort more than the Comforter, water for the moment rather than a Fountain whose waters never fail."  Once and for all--I need to throw off Egypt and hold fast to the Comforter.

Blessed be the God and Father of our Lord Jesus Christ, the Father of mercies and God of all comfort, who comforts us in all our affliction, so that we may be able to comfort those who are in any affliction, with the comfort with which we ourselves are comforted by God.
II Corinthians 1:3-4
Posted by lulu at 4:00 AM