Traveling is a study in human nature-especially when traveling by air. 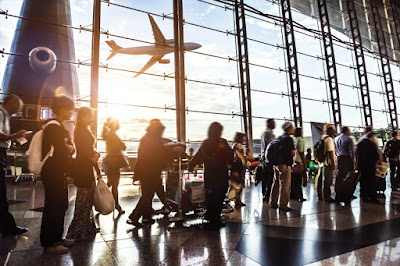 It all begins with purchasing your ticket-it's a regular smorgasbord of choices.  From First Class to Peon Class--they have a slot you just for you.  The big difference-except for the obvious huge price discrepancies is the size of your seat and when you get to board the plane.  OH--AND if you are willing to fork over the BIG BUCKS for first class--they will serve you free drinks until you slip into a coma-let you use the exclusive--yet still tiny restroom AND close the curtain between you and the common riff raff quarantined in the back of the plane. 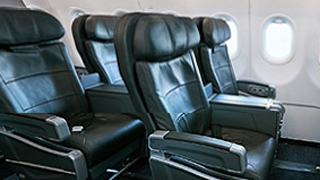 They now have an alternative choice just below first class--business class.  The only thing I can see that is a perk is a little larger seat than economy and slightly more leg room.  My rear takes the same amount of space no matter what the size of the chair.  My long legs, though, try their best to steer me toward the long leg promised land to no avail.  My tight wad self nixes the increased cost of comfort in order to save a buck.

The Johnny Come Lately in all of this is the BASIC ECONOMY!  The basically make you no promises with this bargain basement choice.  NO picking your seat--no getting on the plane until every Tom, Dick & Harry has passed you by, no changes--NO NOTHING!  They basically let you on the plane.  BUT, MY CHEAP SELF LOVES A BARGAIN! 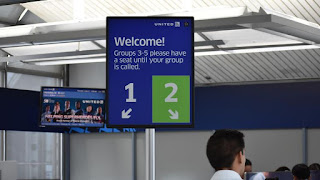 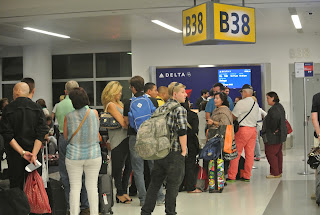 What I REALLY love is how EVERYONE jumps up and runs toward the gate when the very first class is called.  They are NOT going to let you cross those class lines, but perhaps you think I may get the jump on the next schmuck in my class?  I have really never understood why everyone is in such a hurry to get on the plane.  It does not seem to occur to anyone that you will be sitting just that much longer.  Nor do they seem to realize the plane is NOT leaving until we are all seated, buckled and have listened to ALL the safety instructions.  Personally I consider it a WIN to be the last one on board!

Here's the thing--no matter how much or how little you pay--you are all on the same plane.  You all take off at the same time and arrive at the same time.  We are all headed to the same end.  It seems to be human nature to want to be at the head of the line.

This is a great analogy of a couple of stories in The Word.  The parable of the talents and the prodigal son came to mind.  With the parable of the talents, the goals seems to be to arrive last, work least, and get the same pay.  With the prodigal son the goal seems to be squander your piece of the pie and have a huge party thrown when you show back up.  We forget the loss suffered by the late worker.  He missed the reward of knowing the respect of his fellow workers and the crown of integrity for his good work.  As for the prodigal, "The Good Son" has the satisfaction of living in obedience, never dining with the pigs, no need for groveling and everyone--especially his father knowing the path he chose.

Yes, we all are all headed to the same end. We are all on the same trip.  The only difference is the choice we make in how we are going to make the trip.
T