LESSONS FROM THE GRANDS-PLAY NICE! 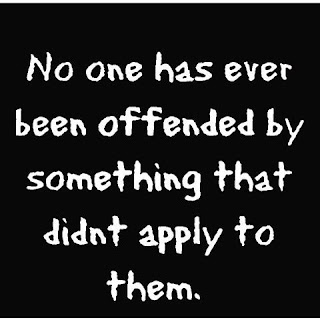 The Two Littles really get along great---MOST of the time.  There was an occasional rumble, spit fight, misunderstanding when I had to step in and remind them of the rules.  Missy would call attention to the momentary war by screaming, crying, or both.  She appeared ALWAYS to be the wounded party.  After all how could this little vision of goodness and light ever be the one in the wrong? 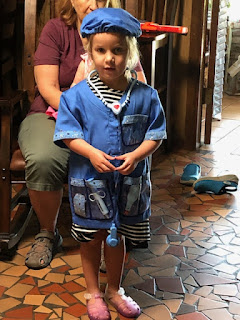 It took me a couple of days to figure out exactly what was happening.  The Princess was provoking the attack in almost every instance.  All seemed peaceful with a normal exchange of banter, until the "I need rescuing" cry went up.  As I began to be more attuned, I noticed she would poke the bear insatiably until he finally roared and sometimes bit her.  THEN she would set off the "Poor Me" Alarm.  She always came off as the injured party, when in fact, in most cases, "She Had It Coming".  Side note--could not resist naming that tune from "Chicago".  When I finally clued in to what was really happening, I was NOT quite so sympathetic.  Though physical retaliation is never the answer, sometimes we get pushed to the edge and finally fall over the cliff of lost patience. 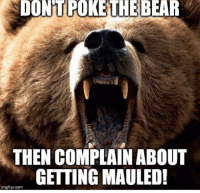 I see a lot of this poking going on in today's world.  We have lost the art of civil discourse and agreeing to disagree.  We turn every difference of opinion into a verbal jousting match that leads to all out brawl.  We trade verbal jabs in an escalating crescendo until we are in the middle of a war.  It is ALWAYS the other side's fault, and we never admit to poking the bear before the subsequent mauling.

Every time, we had a little skirmish during the week, I would make them recount exactly what had been said and by whom.  We replayed how the all out war began before the mauling ensued.  Usually it was an escalation of verbal sparring where one of them could not stand to turn away and let it drop.  It would quickly erupt into a fierce battle with both sides claiming "FOUL".  The Littles are six and four and it is understandable that they will have sibling spars.  They are still learning patience and when it is enough.  I am not too sure the adults I see shouting "Foul" and "They Did It" have the right to this same excuse.  When there is a lot of poking going on back and forth, the bear is going to turn and attack.  When will we learn, it is acceptable for others to not always agree with us, when will the art of civil disagreement come back into fashion, and when are we going to learn to treat each other with respect.  I am truly sorry if the bear attacks you, but rest assured I am going to ask, "Did you poke him?"    Learn to play nice!


Be kind to one another, tenderhearted, forgiving one another,
as God in Christ forgave you.
Ephesians 4:32
Posted by lulu at 4:00 AM