I have a young friend who has recently finished this year's cross country season.  I have great admiration for him, not for his first place ranking, not for his record breaking season, not for being number one on his team, but for the fact that he is a team player.  He gives it his all, not thinking about personal glory, but instead he runs for the sake of the team.  Fighting against the odds, for you see he does not have the size of the great cross country runners, he is built more like a high jumper or hurdler, he leaves his best on the course each time he runs.  Top that off with running the state championship course with an injury and you have a real team player.  He gives his best for the benefit of the team.  He consistently runs 2-4 at the meets, but knowing the top five scores count toward the winning team, he runs for the sake of the team winning. 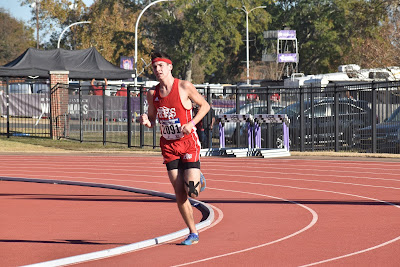 Many sports are like this.  Not everyone is a pitcher, a quarterback, or competing in individual events.  Most are playing on a team and it takes the entire team to come up with a win.  The tackler, the outfielder, and the soccer defensive player are all necessary for the team to be successful.  Most of the team does not garner individual glory, but are all vital in the outcome of the game. 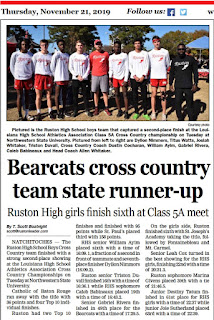 This morning I was discussing a friend's son who is competing in the collegiate level sport of triathlon.  As we talked over his team rank and what the future held for him, it dawned on me this is a great analogy of our walk as Believers.  We are team players, for the most part.  Certainly we are not all Mother Theresa's, nor Billy Graham's.  What we are though is a part of the great team here on the terrestrial ball for the sake of Christ.  We have been given our last minute instructions and sent out on the playing field--charged with winning souls.  We all know--we will win, but who stands to celebrate with us is the question.  Though, I certainly believe the Holy Spirit has an irresistible pull, Jesus made it plain we should go forth and do our part for the team.  Are you a team player?  Are you willing to play for the glory of the team, or are you even in the game?  Praying we all are doing our best for the glory of the team and keep our eyes on the goal---proclaiming redemption through Christ.


And he said to them, “Go into all the world and proclaim the gospel to the whole creation
Mark 16:15
Posted by lulu at 4:00 AM