Man has been looking for the answer to making time to stand still for all eternity.  The Bible records a day that it actually stood still in Joshua.  I made a discovery recently---I made time stand still---or certainly what seemed like still right here in Fort Worth, Texas! 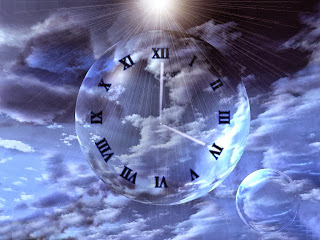 It all began with Grand #3 getting the stomach bug.  Since he and #4 share a room, I decided it would be a good idea to go get #4 and bring him to my house until H was better.  We had a sweet night together---HEY a man in my bed--and fun playing the next day.  I am praying he has missed the bullet and perhaps the bug will stop with H.

#3 is at his other sweet grandparents 2 nights later and he gets the stinky bug.  They are brave people and keep him overnight anyway.  I receive a call the next morning that now Mommie & Daddy have the bug and the two big boys are on their way home.  Would I come to the rescue?  What was I to do? There was never even a question--I just threw myself into the vomitory they call a house.  Mom & Dad emerged from their caves late that afternoon and I head home--washing my hands as I go.  In fact the skin is now coming off my hands, they have been washed so much.  PRAYING this is a bug I have had before---have NOT had the stomach virus in YEARS.

Another day passes, I pick up #3 from preschool and we play and then I go BACK to the scene of the crime to take him home.  That very night---after having a baked potato for supper---NEVER want to see another baked potato--it begins.  The gift that keeps on giving--appears with a vengeance.  I am up ALL night commiserating with Brother John.  One of my discoveries is that old houses have John's that are shorter than the newer models.  So I park myself on the children's step stool and spend the night moaning and groaning. I find myself thankful for a small apartment--since the steps to visit John are few. I quickly become dehydrated and I knew better--but I just HAD to have some water.  I thought, "Just a few sips"----BIG MISTAKE!  Twelve hours later--I am draped over the bathtub--wondering if I can get back to the stool. 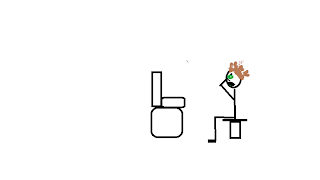 Finally there is nothing left inside me--but the aching does not let up.  I feel like someone has taken a huge rock and spent the day pummeling me with it. My head knows this will last 24-36 hours--but time stood still---it all lasted an eternity.  I am happy to report that the rumors of my demise have been greatly exaggerated---BUT it was a close call.  Here I am 5 pounds lighter and feeling like a limp dishrag--but still among the living.

God is always teaching me--SO--if you want time to stand still---get in the middle of something that you just do not want to endure---sickness--misery--pain--whatever---it may not stand still--but it SLOWS to a CRAWL for sure!


"So the sun stood still, and the moon stopped, till the nation avenged itself on its enemies, as it is written in the Book of Jashar. The sun stopped in the middle of the sky and delayed going down about a full day."
Joshua 10:13

Email ThisBlogThis!Share to TwitterShare to FacebookShare to Pinterest
Labels: Sick