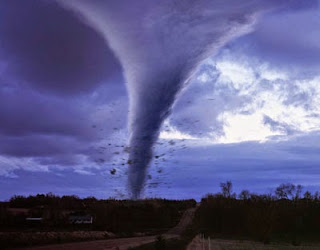 We have not blown away here in Fort Worth, but there is still a possiblity this weekend.  I have a cellar, but you have to enter from the outside--and the door does not latch from the inside--FAT LOT OF GOOD that is doing me! 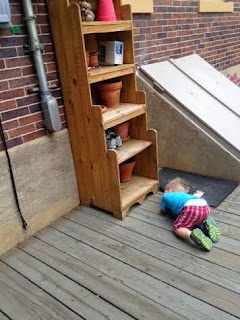 There is the door--right by the shelf 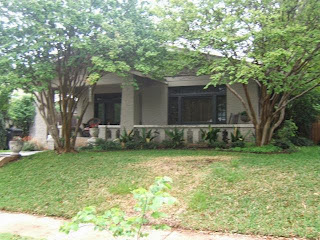 While walking home from a neighbor's house, I met the man who bought this house.  Remember the story--bidding war--paid $30,000 over asking price?  He is buying it for his daughter who is a TCU student and just HAD TO HAVE IT!  REALLY---he was such a nice man---who obviously lacks good judgement when it comes to his princess! 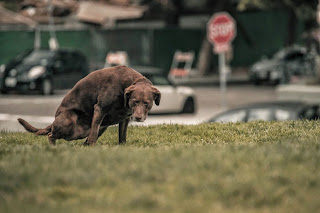 The poop emails are flying again.  You will be on candid camera if you walk your dog in The Hood.  I would not doubt DNA samples being collected from the mysteriously dropped poop and all dogs having mandatory blood tests to find the culprit.  For an area that absolutely goes ape crazy over their dogs--the poop outrage is amusing.

Thought you might enjoy seeing a few of the friends I have made at the Y. 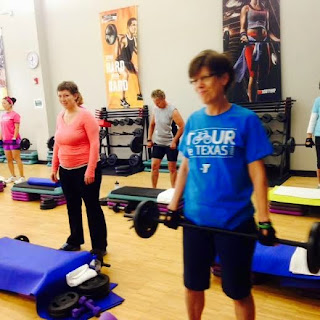 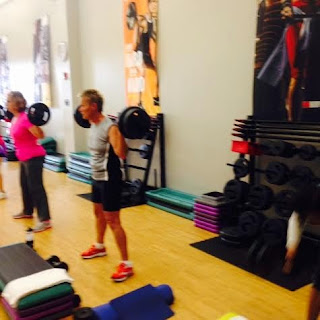 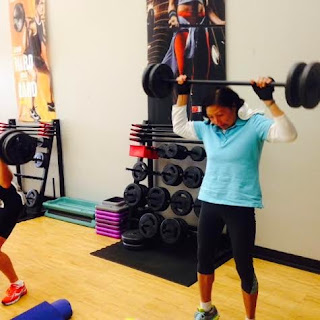 We do a good job of holding down the back corner of the room.  The instructor is less likely to see your poor form way back there.  The friend in the top picture on the left still has her port in from the chemo she has finished after a round of radiation.  She was diagnosed with lymphoma when her baby was a month old and delayed treatment until he was 5 months old to give him a good start with mother's milk.  SO---NO EXCUSES--if she can do it---the rest of us CERTAINLY CAN!  I missed getting the young friend who was to her left in the picture.  She is having a baby in June---NO EXCUSES!

I will leave you with the story from today's visit with my neighbor two doors down.  She told me she was going to her kickball league game this afternoon.  I was patting her on the back and complimenting her on this great exercise when she gave me the rest of the story.  It seems this is a Beer Kickball league.  YES--BEER!  You are required to hold a beer the entire time you are playing and if you spill any--it advances the other team.  I PROMISE---I could NEVER make this stuff up!  Sports seem to take on a different look here in the city.  I was so aghast, I forgot to ask does the loser buy the beer! OH PEOPLE, I have lived in a BUBBLE all my life!!!

I am sure there is more to report, but it would be mundane and disappointing after this.  HAPPY MOTHER'S DAY--ALL YOU MOMS!
Posted by lulu at 6:00 AM