I heard a story from dear friends recently that caused me to shudder with alarm.  In the early morning dark, a stranger entered their home.  He was quiet and no one was aware he was in the house until he entered the bedroom.  Can you imagine how you would feel if you awoke to find a perfect stranger in your bedroom?  It turned out there was alcohol and drugs involved and he had walked into the wrong house through the unlocked door  which the dogs used.  All I could think was I would have probably released the dogs they held off him. 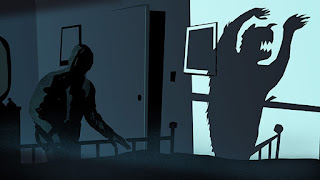 There have been other strangers that appeared from nowhere in the long ago past.  Mary was not only approached by a stranger, but also given strange words to ponder. And the next thing you know, Joseph is visited by an stranger to tell him the good news in a dream. The shepherds were greeted by an stranger with a message and then an entire gang of strangers appeared--and they were hanging in the sky and of all things singing. 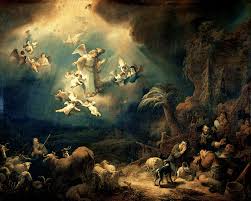 As I thought what I would do if an angel appeared before me---a stranger in disguise--my thoughts went to smoking guns and and my short fused startle response.  I must admit the few times in my life I have been scared senseless--my response was to freeze.  No running-no screaming-no "Annie Get Your Gun"--just stone still and deadly silence.  So perhaps God chooses well when sending angels with messages-- 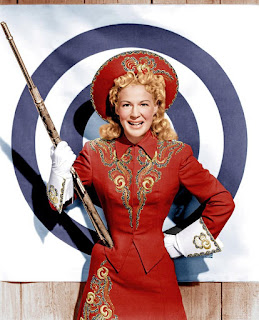 What is an angel?

Superhuman or heavenly being who serves as God's messenger. Both the Hebrew malak [J; 'm] and the Greek angelos[a [ggelo"] indicate that these beings also act decisively in fulfilling God's will in the world. But these two terms also apply to human beings as messengers ( 1 Kings 19:2 ; Hag 1:13 ; Luke 7:24 ). "Angels" are mentioned almost three hundred times in Scripture, and are only noticeably absent from books such as Ruth, Nehemiah, Esther, the letters of John, and James.

As I read through this biblical definition, I paused when I read "these two terms also apply to human beings as messengers."  I thought back over the angels in my life.  Those God has sent to bless me, give me a word, console me, prop me up--love me.  I have always heard the term "Angels Unaware", but it now has new meaning for me.  What a blessing to be sent an angel or to be used as an angel by God Almighty!

The angel went to her and said, "Greetings, you who are highly favored! The Lord is with you."
Luke 1:28