There are two more posts left from "The Trip", but they will have to come another day.  There are more important things to say today. 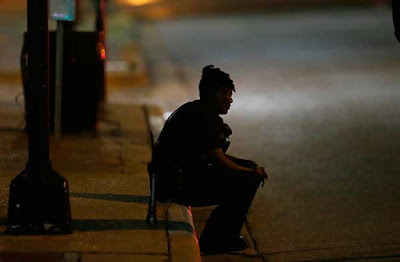 This photograph poignantly captures the feelings of the majority of our nation.  We have a black-female police officer sitting in the aftermath of the shooting in Dallas--with the body language of disbelief.  I would title it "What happened?".

Let us not begin today with last week-instead let us go back almost 80 years ago--to the 1930's.  The world is filled with injustice--dis-satisfaction--dis-contentment--and rage over circumstances.  Along comes an ideology which promises to correct the wrongs--provide justice for the suppressed--give power to the masses----and an entire nation jumps on board the train to the promised land.  A toehold is gained by evil with the guarantee of fixing what was broken.  With that toehold comes the willingness to ignore what is happening to entire classes of people--those who don't look or act like them.

When traveling through Europe--especially Germany--for the most part there is a deep shame for what happened during World War II.  We ask ourselves how could this have ever happened--what could have made wrong seem right? 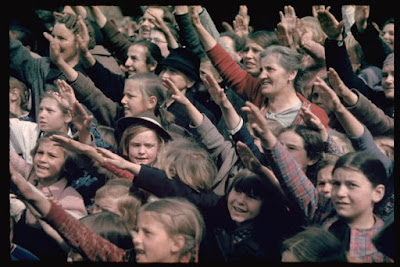 When a nation only thinks of the promises of what we want and think we deserve, we begin to turn a blind eye and deaf ear to the sufferings of those around us.  We become willing to ignore the destitute, the down trodden, and the persecuted--in a vain attempt to make our world right.  We become mired in the philosophy of every man controls their destiny and ignore those caught in the quicksand of generational poverty.  We turn away and refuse to listen to the cries of others and instead focus on what "They" should be doing to fix their problems. 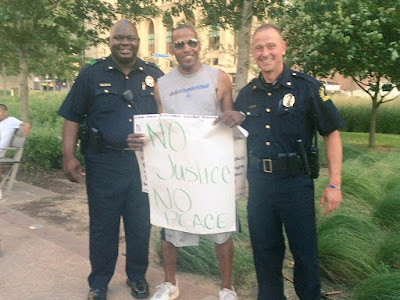 Officers and a protester at Belo Garden Park in Dallas, before the ambush. Dallas Police Department

And then we are shocked, when they become so frustrated they protest, and some even snap and go over the edge of reason into the land of hatred.  As I have read and studied the Holocaust, one of the most alarming discoveries was the hate that continued for the Jews--even after the war had ended and the atrocities had been discovered.  Many Jews, who had already suffered the worst, were still pursued by those who had been taught to hate them.  They returned to their homes to find them ransacked and were denied the return of their property.  When you study this post-war era, you learn many-perhaps most Jews wanted to immigrate to Israel, but were denied by the British government due to the tension in the Mid-East.  Sound familiar?  All of this has been going on for a LONG time!  And then the scant remnant left of the Jewish nation are forced to leave their homelands and relocate and start over.  Forever denied by their fellow countrymen even the basic human right of reclaiming their homes and living in peace. 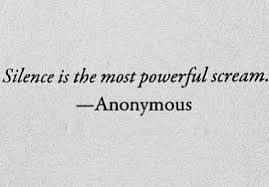 And now today, we have racial tension in our own great land-more than 150 years after the end of the Civil War--there is still hatred and discrimination.  My immediate response, "But I am NOT a prejudiced person!"  Perhaps not, BUT, my silence also can speak volumes.  Our discrimination comes from deep within us when we recognize someone is different--physically-philosophically-spiritually-culturally and become threatened by that which we do not understand.  It is a problem as old as man's fall in the garden.  Once Cain and Abel discovered their gifts to be different--they began to compete for dominance.  And here we are all these years later-still threatened by our differences.

What are we doing about the state of our nation?  Oh, we prayed in church yesterday---a really nice prayer--heart felt--imploring God to show us the way to justice and peace.  And--YES--prayer is the key--but as we read from I John--I was reminded our responsibility is admitting our sin---God then provides Our Advocate.  You see--we are expected to do something--make an effort--listen to others and hear what they are saying.  Work to correct the injustices and embrace the beauty of our differences.  This side of Heaven, there will always be strife--but SURELY we can do better than this?