Nazi troops pushed the Allied Forces quickly to the sea in France at the end of May in 1940, effectively surrounding them and preparing to annihilate all the allied troops in one of the most famous battles of World War II.  The troops were backed into a corner with no escape route except the sea and the shallow port prevented approach by the navy to rescue the despairing army. 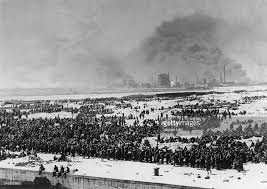 The English command called in desperation for small privately owned ships to aid in the rescue.  The small vessels would take the trapped troops to the larger vessels anchored in the deeper waters.  An army of privately owned vessels crossed the channel and at great risk rescued over 330,000 men from sure death.  The battle of Dunkirk became a symbol of the courage and determination of the English to defeat the Axis of Evil.  This brave act of courage by scores of individual small boats was the preamble of the tenacious bulldog spirit of the English which eventually lead to victory.

Following the flooding created by Hurricane Katrina, the nation sat in stunned silence as we watched the horror of New Orleans being flooded.  I remember sitting in front of the television and thinking surely someone is going to do something.  We all froze and waited for some branch of the government to step up--and it finally happened--much too late to prevent a great deal of human suffering. 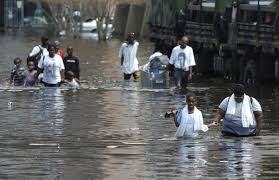 We learned our lesson and I am proud to say a virtual Navy of private small boat owners have rushed to the rescue in the current flooding disaster.  With quickly rising flood waters, there was no time to wait for bureaucratic red tape and far too big a job for the rescue forces available. Among the heroes of the day are the individuals who rushed to the aid of their fellow man. 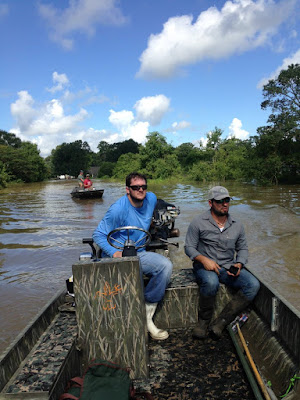 We have seen the photos and videos of hundreds or more of boats being pulled to the scene of the devastation.  Life boats for those who are in need of rescue have rushed to help with no thought of personal danger or risk.

There are times all it takes is one person willing to throw out a life line.  One person to provide a life boat to a drowning soul.  One person to look beyond themselves and recognize the desperation of another.  Do I have my eyes open and am I focused on looking for those at risk?  Am I called to be a rescuer?

Rescue the perishing;    don’t hesitate to step in and help.If you say, “Hey, that’s none of my business,”    will that get you off the hook?Someone is watching you closely, you know—    Someone not impressed with weak excuses.
Proverbs 24:11-12