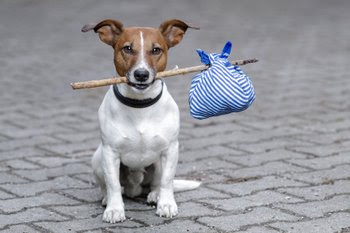 Hero first came to live with the grands after he ran from his former home.  A friend of #1 Daughter called and asked would she mind keeping this cute little dog she had found roaming around while she looked for the owner.  It would be a couple of days at most.  RIGHT!  Once the boys had Hero in their grip there was no turning him over to the pound.

Time slipped by and Hero got wise to the fact he was surrounded by a bevy of little boys.  Hero began sitting in wait for the opportunity to make a run for it.  He finally succeeded.  They put posters up and called all the neighbors--but NO Hero.  After a couple of days ---in the freezing January temperatures---he was given up for lost.  AND THEN---they were driving to school one day and running down the side of the road was Hero---WHO KNOWS where he was headed--but he was running! 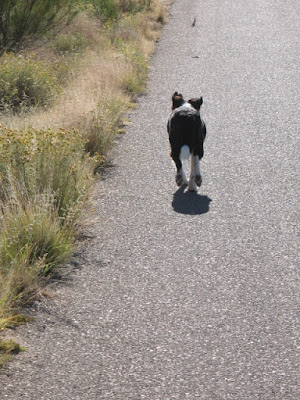 He slipped out of prison the gate one other time and was found by animal control that time.  The resulting reprimand by the animal police was the necessity of putting a chip in and having a little surgery to prevent an entire brigade of Hero's from appearing as he made new friends.  This surgery did nothing to do away with the Wander Lust Hero seems to be inflicted with. 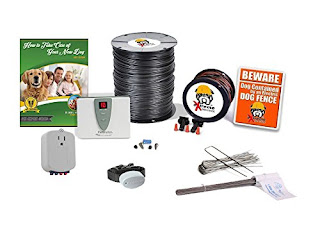 Fast forward and the family moves close to me, but there is a gate across the drive that allows Hero to slip through and continue his adventure seeking.  As I have explained before, the people in these two hoods take their dogs seriously.  Hero not only finds himself in the clink again, but Hero's master has to appear at Doggie Court.  THEN they get an invisible fence.  Hero is no dummy---he quickly figures out his days of wandering around are over.  He stays in the yard and away from the invisible line.  The only problem, when he acts like he is going to attack the dogs who are being walked, they can come up into his yard.  He quickly learns the duck and roll to save his cowardly hide.

Hero has now come to live with me.  I have him on a leash at all times when we are outside, for their is no invisible fence in my yard.  He has quickly figured that out.  Twice the grands have held the door open a minute too long and he has bolted---HEADED FOR THE WILD BLUE YONDER!

WHAT IS WRONG WITH THIS SILLY DOG????  He has it made here at the Puppy Spa, and YET---he is apt to run.  Running to what I might ask?  It doesn't get any better than this!

There you go---the story of humanity.  We are always running---running away---running to---but always running.  Never satisfied---mal-contented--ungrateful bunch that we are---we want whatever is on the other side of the hill---the greener grass---the milk and honey---whatever it is we do not currently have---WE WANT IT!  IT MUST BE BETTER!  We seldom stop long enough to realize just how good we have it.  We are too busy seeking what we think we want.  Thankfully God does not weary of our humanness and loves us in spite of our running--why even running from Him at times.  He must be thinking--

One more lesson from Hero tomorrow and we are done!