CONFESSIONS OF THE OCD QUEEN

The "In" thing these days is to have a L O N G string of letters following your name.  I actually have a few of those myself---INCLUDING----OCD---don't know what that stands for?---look it up---OBVIOUSLY you are NOT OCD---or you would have known IMMEDIATELY of what I spoke!  Somedays---OCD is a good thing---Other days---it will drive you to the ledge of the cliff!

EARLY this AM--I went over to C's house to stay with the big boys while Baby, as the boys call him, went for his 4 month check and shots.  I walk in the door determined to run a tight ship---the ship sank before I even got the ropes untied from the pier!  HOW in the world C does it is beyond me and I only had 2 of them.

One of her coping mechanisms is to not get upset about a ship shape house---well that is not in my genes to say the least---so I walk in cleaning and putting away and sweeping and vacuuming----ALL FOR NAUGHT!  The big boys are on a mission behind me to undo what I did faster than I did it!  One of the things I did was clean the kitchen floor.  There is a door in the kitchen that goes to the backyard where the boys were playing---IN the early morning dew--WITH plenty of dirt, leaves, grass clippings-etc back there with them.  As I merrily cleaned and admired my handiwork---I look behind me and the two scoundrels are walking in WITH their shoes on---COVERED with mud all over the section I JUST mopped! 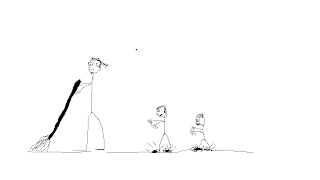 Immediately after peeling myself off the ceiling---I asked "WHY are you tracking mud on the clean floor?"  To which they replied, "We want to help!" 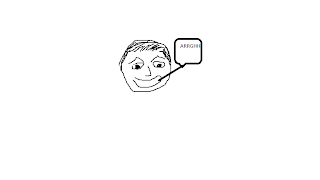 We then went outside to try to rake up part of the things they are tracking onto the clean floor.  H wants me to rake the pile into his front end loader and then he will dump it into the sack.  E wants to hold the dust pan while I rake the pile into it for him to dump into the sack.  After 17 arguments over whose time it was and dumping the trash we just picked up out so we could "Do it again"---I GAVE UP!

SO MUCH for getting things in shape-------I am pretty sure they have drugs for OCD!